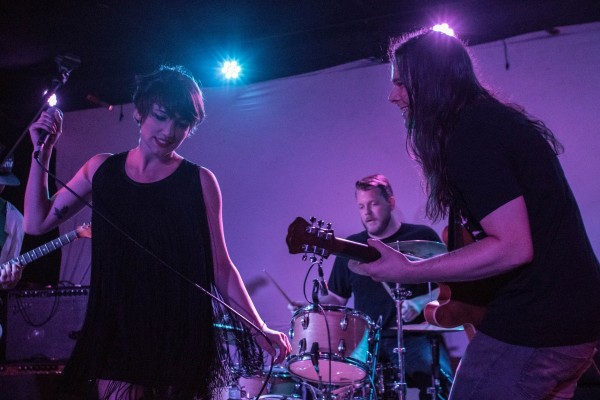 I ventured out last weekend to catch Brooklyn’s Gillian, an indie rock outfit whose “Colorize” we featured in our last episode of Beet Box! The group put out a similarly titled EP just recently and have been playing locally around its merits. On this evening, they headlined the Mercury Lounge, and turned it into a proper fiesta, sort of a DIY-equivalent of the presentation that I saw with Glass Animals at Central Park. Balloons were bouncing and bubbles were blowing; the party atmosphere in the venue was cranked up to eleven.

Gillian is a quintet, bolstered tonight by a brass duo, with a loud, exuberant interpretation of indie pop; what highlights this attitude most prominently is the joyous conviction they all shared as their music burst proudly from the speakers. There was never a lack of motion on stage; the party atmosphere presented thus diffused itself well into the audience. With such a good time had that night, I am left optimistic: they can put together a strong live show, now I’d love to see them continue their journey, release an album, and see just how high they can fly.

Along with Gillian we saw two other stellar acts, Bellechord and the Shills. Bellechord are an NY trio who kept the house lights dim so we could mojo out properly to their style of prog rock. “Houdini” is their latest. Boston’s The Shills were first on the night, and shone brightly (and noisily) as they rocked out. The band just put out a sharp, visually abstract music video for “Oh, This Devilish Place.” off their concept album from early this year, Keep Your Hands Busy: Vol. 2, which highlights their alternative, atmospheric sound.