Getting a Glimpse of The New Tarot 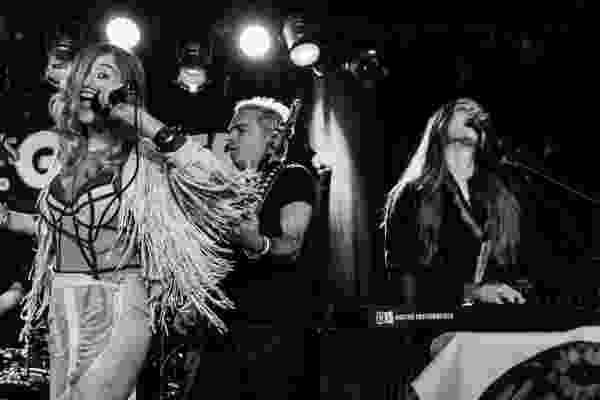 Drawing my ears, and recently also my eyes, have been The New Tarot. The rock quintet is co-fronted by two very expressive sisters, Karen & Monika Walker. That duo is then buttressed by David O’Connor (bass), Ryan Ashe (guitar) & Dan O’Connor (drums). I caught them at a quick show at Arlene’s Grocery while they’ve been picking up steam.

Watching them, I now see what the buzz is about. There is some convincing stage presence that invigorates their music on the stage. I also can always jive with artists who create compelling visuals, and that is something The New Tarot does very well, with a menagerie of unique artworks drawn by Karen to represent the various releases they’ve put out so far.

What’s next? The New Tarot will be back in action this Friday at 8 PM with a show at The Bitter End. You can listen to their self-titled EP from last year to whet your appetite.

I also stopped in early tonight and caught Pooch, a band of Brooklyn locals who were cool enough to convince me take a couple shots of. I got quickly hooked into some of their rhythms, and you’ll probably too with a peek at their bandcamp.