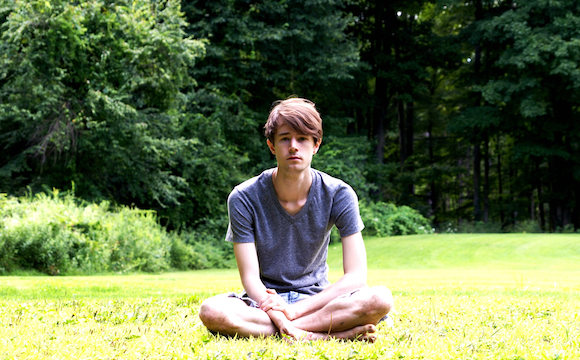 Producer Derek Piotr is crafty when it comes to experimental, rhythmic beats. Hailing from Poland originally, now based in Redding, CT, he seems to churn out some new unique material yearly. This year will be no different when his upcoming fourth solo LP, Tempatempat is out for release in April on Monotype Records. With it comes more fascinating and thought-provoking music.

Stylistically, Piotr asks that you embrace the unorthodox. Tempatempat combines several Indonesian words to take on the double meaning of “forging place” and “fourth place”. Its place of origin and redundancy are echoed throughout the album. Piotr sings in both English and Indonesian on the album. The tracks range from pieces solely comprised of droning vocal tracks to glitchy, repetitive mixes that utilize Indonesian gamelan, a type of traditional music ensemble that typically consists of gongs, strings, flutes and even the xylophone. It is a unique listening experience, and offers up some more progression in his material, having gone from toying with bells in Airing and then Eastern tonality in Raj.

Some of the standouts from Tempatempat include “Intersection of Rivers“. It is a series of melodic percussion sounds which ended up being mixed with a series of sounds from appliances. “Yogyakarta” is sung entirely in Indonesian and “Bhadrakali” consists of improvised Indonesian vocals which evidently possessed a deeper meaning than expected after all. What you have with Piotr’s new release is a complex collection of vocal-based, musical experimental tracks. You can check out a full list of each track’s origin here. Piotr ventures in a completely different direction than other producers and his material will stand out for that reason.