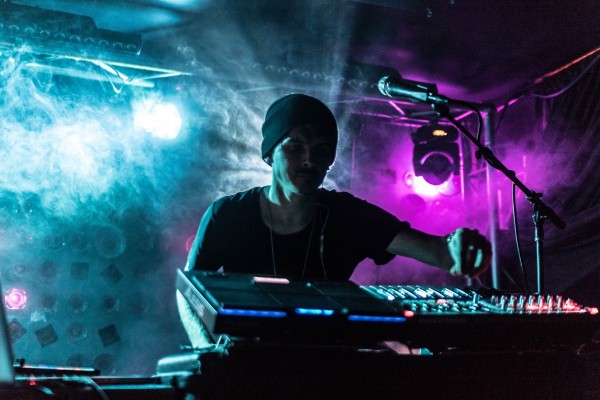 Eskmo (Brendan Angelides) is a long-tenured electronica composer who recently re-emerged with a solid piece of abstract electronica, SOL (via Apollo.) I was lured in by the complex, meandering sounds exhibited within its confines, and found that live, he entertained even further. Eskmo effectively executes a wide variety of tools and gets a sweat on. Check out the slightly-mental stop-motion video for “Mind of War” to really get an idea on what’s in his noggin. Eskmo continues touring SOL in Europe following tonight’s Los Angeles show.

Christopher Willits is a San-Fransiscan producer with a dedication to ambient wizardry. He graced Beet Box Radio last year with “WIDE” from his 2014 visual album, Opening. Its features his photography and film work synced to the serene spirit that permeates his music. Willits’ next project is “ENVELOP,” a physical space in SF’s Dogpatch district that would reimagine what it would mean to experience electronic music live.

A DJ set from Heathered Pearls started the night.