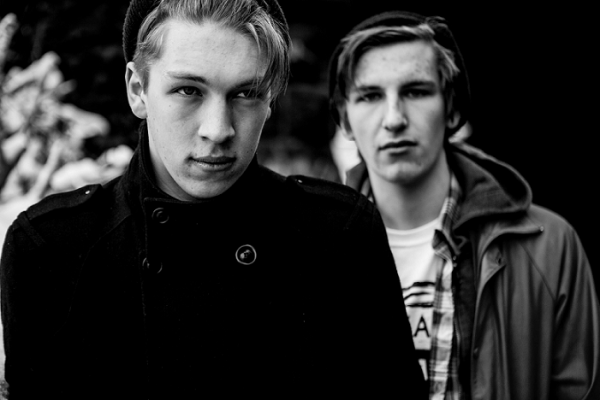 British grunge-soaked, blues rock duo, Drenge, make their United States touring debut with a pair of dates in New York City tonight and tomorrow. The combination of brothers Eoin and Rory Loveless emote a unique, youthful style of punky angst. Their American tour is timed in line with their January 14 stateside EP release of single “Bloodsports” and “Dogmeat“. Drenge has also featured “Fuckabout”, from their self-titled debut album, in a music video as a promotional kickstart to their US tour.

You can see their very first US show at Mercury Lounge tonight at 10:30. Tickets are still on sale. Joining them is Philadelphia rockers, Cold Fronts. They’ll set a bit of a lighter lo-fi tone for the evening with tracks from their EP, Pretty American.

Drenge’s Saturday show at Glasslands features support from genre-blending Brooklyn group Heliotropes. The all-girl quartet combines elements of psychedelic metal, noise, and spacey rock to create a dark, mystifying experience. They’ll perform content from their 2013 LP release, A Constant Sea. You can still score tickets for this show as well.