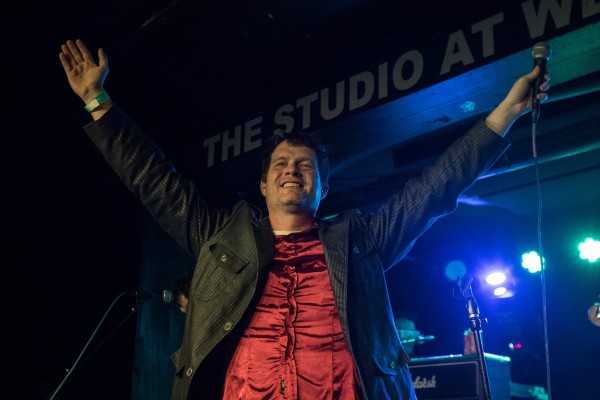 You’ve probably heard Electric Six somewhere or other over the past decade plus. The Detroit rock band are well known for a cheesy, humorous sound with early-Aughts hits like “Dance Commander” and “Danger! High Voltage“. Also included in the package is a boisterous live show, which have sustained them as they continued a rather prolific output despite lacking critical acclaim. In fact, they just released another one, Bitch, Don’t Let Me Die, which is now LP number eleven in the discography. When I was at Mew’s performance last month, E6 were playing in the basement and I thought I’d pop by to catch a glimpse of them in action again. I heard the songs I wanted to hear from Fire (which includes the aforementioned singles) and didn’t leave disappointed.