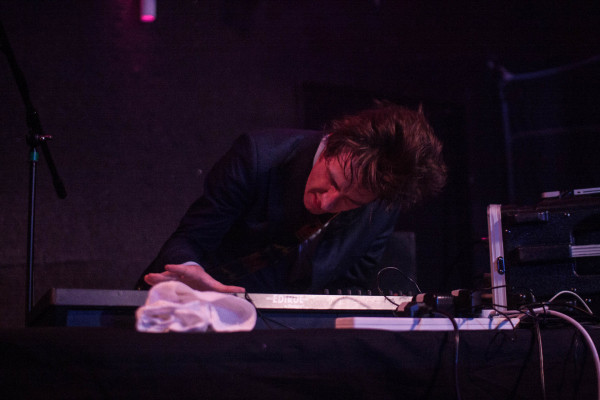 I caught British solo producer, East India Youth, here in Brooklyn on his very first US tour. I’m always a little wary of seeing electronic musicians in a live setting, but he left an impression on me in his debut. Armed with a bass guitar, keyboard and his vocals, his performance was surprisingly furious and energetic; by its conclusion he had worked up a serious sweat from his jagged and emphatic movements. His set closed with the maddening “Hinterland.” During the breakdown that is its second half, I really felt time slipping away.

He really got his name out there with a Mercury Prize nomination for Total Strife Forever, and the potential I saw here leaves me really optimistic for his project’s continued success. His departure from NYC sees him continuing a series of live shows across the pond this month.

I really wanted to toss a shout out to Una Lux as well, who opened. The local group are a synth-rock quintet with a dire and epic sound. What sold me was how Kelso Norris, their frontwoman and singer, acted as a convincing reflection of the music’s intention. She was still as a statue for lengths, but at the peak moments she would burst to life, swaying to the music with her dress orbiting. The group has a couple singles out currently and this gig was only their second live performance. Big things are coming from them.