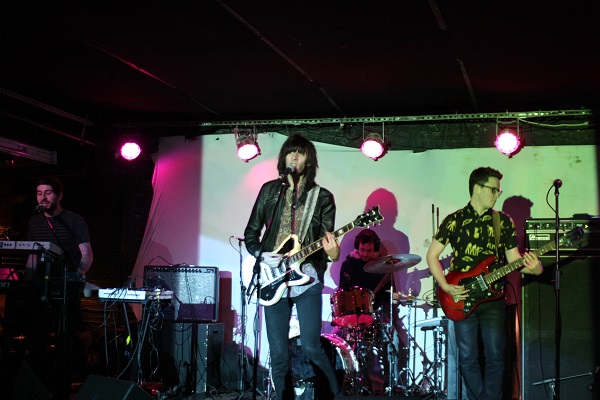 Brooklyn’s Dinowalrus was featured in the first episode of our podcast, Beet Box Radio, and we caught them opening for Arthur Beatrice recently. They are back in the news again having launched a  Kickstarter effort to create vinyl pressings their upcoming third full length release, Complexion. The new LP is slated for a release later this Spring and will further Dinowalrus’ effort to formulate a delightful musical melting pot in which new wave, synth rock, psych and shoegaze can all stew together.

The Kickstarter project offers up a variety of benefits to backers who help support the pressing of about 250 copies of Complexion. The minimum donation will land you a B-side track download, and the pledge benefits work their way all the way up to signed copies of Complexion, a trip to band practice, an invite to a listening party, and plenty more. The project will be active until Friday April 18 and it is great opportunity to grab digital copy of the new album while adding a psychedelic edge to your vinyl collection. At the moment, Dinowalrus is about halfway towards their goal of raising $3000, with about $1600 already pledged so far.

Here’s a taste of a what to expect from the new album with “Grounded”, a trippy track that echoes the sounds of old school dark wave.