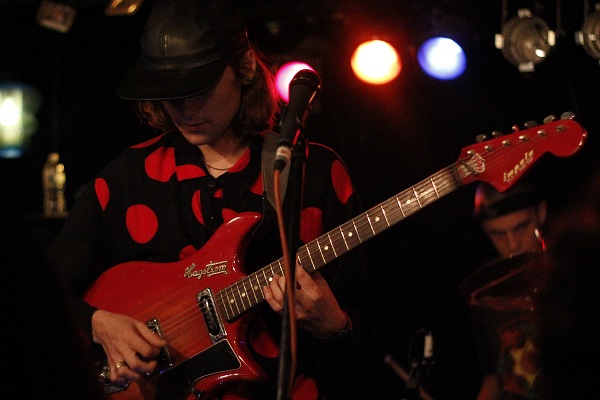 Over the past several years, DIIV has taken the indie rock scene by storm. The Brooklyn band has become known for their aggressive take on shoegaze that maintains a dreamy sensitivity. For them to play an intimate show at The Space in Hamden, CT was a cool way to get a new take on their music, and to get a taste of some new material that should be headed our way later this year.

New York-based Lodro led things off, and they were certainly unique. A self-described “neo noir punk” group, they had a super lo-fi sound complete with eerie guitar solos and vocal support. They reminded me of something you’d pull off the soundtrack of an old school movie, maybe a Western or a thriller.

Regal Degal carried on with the branched-out punk motif started by Lodro. They played around with more traditional garage, post-rock values. The trio really has an indescribable sound, but it seemed as though they’ve drawn inspiration from as many generations and variations of the punk genre as possible. Their 2013 EP, Pyramid Bricks, does a better job of explaining their melting pot of a style than I do.

There was a sense of great anticipation in the room as DIIV took the stage, and every track filled the close quarters of The Space perfectly as they cruised through the majority of 2012’s Oshin. From the raucous “Doused” to the pounding beats of “Oshin (Subsume)”, their live material took on a sense of frantic urgency not present in the studio recordings. The extra guitar layers and higher energy levels made from some of the most engaging and satisfying live content I’ve seen all year. And speaking of layers, DIIV teased us with a sampler of new tunes, all of which showed an even greater evolution in their guitar prowess with loads of winding melodic noise. All that is left to do now is to wait with bated breath for some of these new songs to be released.