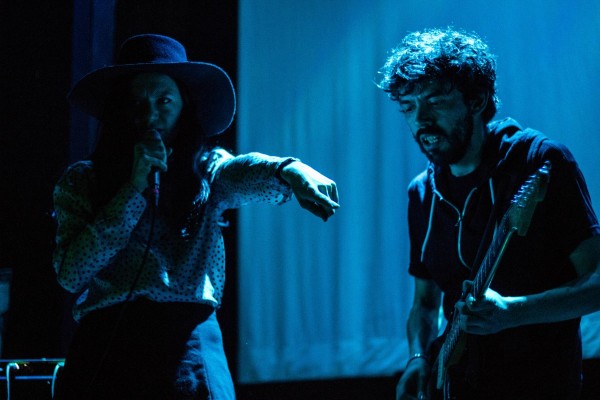 María y José is the solo project of  Mexican born Antonio Jimenez. I would label his music as some sort of dark and raw pop, featuring tribal soundscapes and sounds from music genres that are predominant in Central and South America. His music was accompanied by his stage flair, full of dancing on and off stage with the crowd. You can listen to one of his latest singles, titled “Juventud Guerrera,” here.

Chile has a strong indie pop and rock scene and one of their acts, Dënvër is amongst the most popular ones. The San Felipe duo, comprised of Mariana Montenegro and Milton Mahan, started as a pop band with a lot of noise pop influences. As the band progressed, multiple influences, such as disco and dance pop, were prevalent in their first EPs as they found a more decisive sound. The band then moved to Santiago, where they played with famous local and foreign bands in the scene, gaining a solid following and making some money on the way. This allowed them to visit other parts of Chile and South America, and released three albums, Fuera De Campo, being their last one. With their new album, Sangre Cita, currently in production, the band looks to expand their touring and fan following. This was their first show in New York, and their fun brand of dance pop infused with disco and electronic delivered.