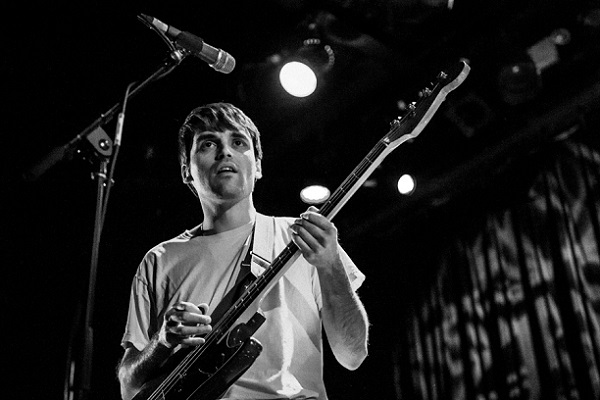 Spanish dance group, Delorean, had a rough fourth quarter in 2013, mainly making headlines after succumbing to a bizarre “virtual kidnapping” in Mexico City. With those issues in the past, they were the headliners at Music Hall of Williamsburg last Friday in support of their September release, Apar.

The relatively mysterious Mas Ysa served as the opener. I was surprised to discover that it is simply the solo project of one Thomas Arsenault, originally of Canada. He spun some interesting arrangements ranging from the dark, to the choral, to the engaging and upbeat. I got a kick out of his awkward banter as well. We can likely expect some of this material to released soon, and Arsenault should be able to put some intriguing remixes together too.

Adopting somewhat of a different style for their newest material, Delorean has started to take things down a peg from their previously bumping, upbeat tunes. Suddenly we see chill dance grooves that don’t take away from their previous charm. The electric, lush sounds of tracks like “Stay Close” have evolved into a more relaxed and polished dance sound, a sound that was ever present in the live rendition of “Destitute Time“.

Two of the calmest offerings from Apar, “Spirit” and “Dominion”, were featured back to back, and it flowed perfectly. Those tracks perfectly summed up the chill vibes of the new Delorean mood. Being less reliant on sampling within their newer material has strengthened the core of the band, but I wish that electronic sampling was utilized more live. Nonetheless it allowed me to focus more on the handiwork of Tomas Palomo on guitar. Unai Lazcano was also very active, constantly moving and rocking his keyboard back and forth. Delorean has dealt with their fair share of drama recently. It’s good to see them back on tour in North America again.