Death From Above 1979 Announce New Album The Physical World 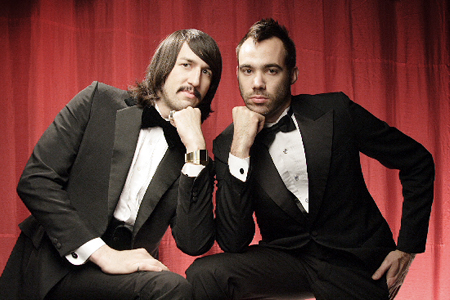 In what may be one of the coolest announcements in music this week, Death From Above 1979 finally revealed that they’re working on a new album titled The Physical World. The long-awaited follow-up to their debut album You’re A Woman, I’m A Machine, was produced by Dave Sardys (Oasis, Nine Inch Nails) and will hit stores September 9th (Soon!).

After 7 years of being broken up  the band got back together and played at 2011’s Coachella, where they showcased some new material. In an interview with NME, Sebastien Grainger said that the fans were a big inspiration for new material:

“No matter what Jesse and I do, on whatever scale of success it’s sat on, there’s always some kind of reference to Death From Above. It’s only frustrating because it’s so lazy. So we’re putting out a Death From Above record and if the press is like, ‘It’s not what we expected,’ or however they react to it, it’s like, ‘Well, you’ve been fucking asking for it.'”

I’m super excited about these news and to see them tour again. And if the implications of a single on their new album being described by the band as “Springsteen meets Sonic Youth” is true, fans are in for quite a treat.