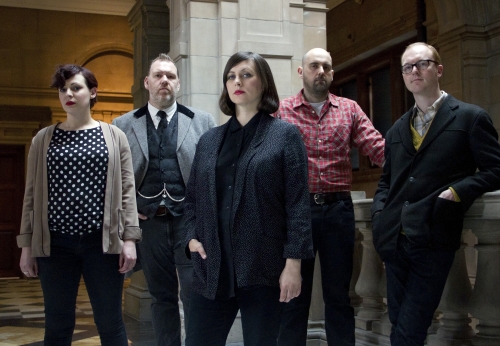 Goblin was an Italian progressive rock band who were known for their soundtracks on Dario Argento films (e.g. Deep Red of 1975 a.k.a. Profondo Rosso and Suspiria of 1977). They were initially named Cherry Five and were influenced by Genesis and King Crimson. Their early work spawned one progressive rock record named after the band, until they were called in as replacements for composer Giorgio Gaslini, who had left the film Profondo Rosso after a conflict with director Dario Argento. They changed their name to Goblin and rewrote most of the score, including the famous main theme.

Eyehategod (also abbreviated and referred to as EHG) is an American sludge band from New Orleans, Louisiana, which formed in 1988. The band is known for their dark, sludgy riffs combined with equally dark lyrics. Like many sludge metal bands, Eyehategod’s sound is influenced by doom metal, as well as hardcore punk. Eyehategod have noted Melvins, Black Flag, Saint Vitus, Swans, Flipper and Black Sabbath as key influences to their sound.

sZa is a U.S singer/songwriter. SZA was born Solana Rowe in 1990. She was raised an Orthodox Muslim and lived in St. Louis, Missouri until she was ten, at which point her family moved to Maplewood, New Jersey. SZA was sheltered from culture until her teenage years, when she and her friends would sneak out. She attended an Ivy League school where she majored in marine biology. After university, she became a bartender in a strip club.