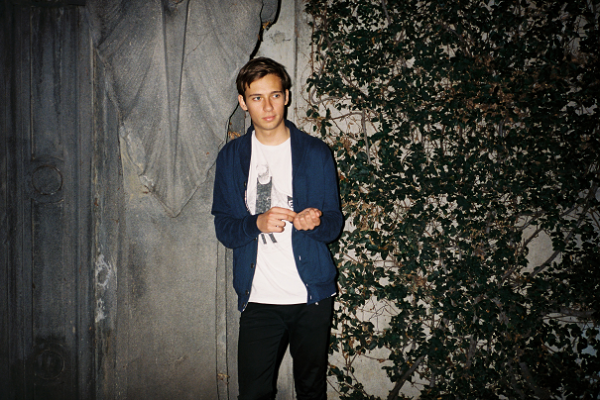 Lord Huron is the musical personality of Ben Schneider, a Michigan-born visual arts major currently residing in Los Angeles. In the spring of 2010 Schneider traveled from Los Angeles to Northern Michigan. At Lake Huron, he developed songs for the first Lord Huron EP. He named the recording, Into the Sun.
Upon his return to L.A., Schneider set to work putting a band together. The first to join him was his percussion-playing childhood friend Mark. Each of the band members of band hail from Michigan.

Mobb Deep is a hip-hop duo made up of Havoc and Prodigy. Both members are natives of Queensbridge, New York; located in Long Island City. They are perhaps most famous for their landmark album, The Infamous, and the accompanying hit single, Shook Ones Pt. II. 1992–1994: Early Career Prodigy and Havoc met one another while attending the prestigious High School of Art & Design in Manhattan. Coming from similar backgrounds, the duo broke into the rap game in 1992.

Tony was born in Pontiac, Michigan on January 23, 1976. Raised among a large music making family, he began singing and playing at the age of three. By age eight he began playing and writing with his cousin and life-long musical companion, Cole Garlak. Together they spent the better part of their school years learning classic rock cover tunes performing in garages and school cafeterias throughout Oakland county.

In a desperate search for warmth in the Boston winter of 2010-2011, a few friends – some old, some new – came together to see what would happen when they brought all their musical tastes, talents and trinkets into the same room. What started as one goosebumpin’ jam in a Cambridge living room led to first an eviction warning and then more rehearsals in less intrusive spaces. As the band grew, so did the sound, and now with seven minds and sets of limbs and seven million ideas the result is Friendly People – folk-infused indie rock, hand-crafted to make you feel at home.

Oneida is an experimental rock band from Brooklyn, New York. Their influences include psychedelic rock, krautrock, electronic, and noise rock, but the overall structure and intent of their music cannot be easily traced to any of these styles, or the myriad other styles they have drawn upon in recordings. The most striking and consistent aspect of Oneida’s music is their use of and fascination with repetition.

Circa Survive is an alternative rock band consisting of former Saosin vocalist Anthony Green and members of the now-defunct This Day Forward, including guitarists Brendan Ekstrom and Colin Frangicetto. Compared to the sound of Green’s former group, the music of Circa Survive taps a different musical influence for Green, who cites Paul Simon, dredg, and Björk among later artists who have more influence on his vocal stylings in Circa Survive which are comparatively less aggressive, as well as his songwriting.

Real Name: Graeme Shepherd. Scottish Electro/ Disco House/ French Pop artist from Leeds, UK. His debut album ‘Heartbeats’ was released on 17 May 2010 on Heartbeats Music. This was preceded by the lead single “Can’t Shake This Feeling” on 7 May 2010. He has also released EPs titled Runaway, Heartbeats and Sound Reaction. He names his main influences as The Human League and Daft Punk. Shepherd grew up in Linlithgow, near Edinburgh and then moved to Leeds in 2004 to study a Music Technology course in nearby Huddersfield.