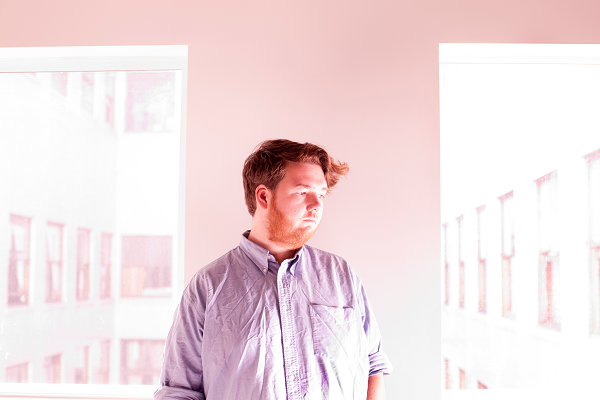 Damien Dempsey is from Donaghmede on Dublin’s Northside. His earliest musical influences were the post-pub singsongs that his parents used to have at their home when he was a toddler. Good, bad or indifferent, everyone had to sing. Today his unique sound reflects the influence of traditional Sean-Nós as well as his musical heroes: Bob Marley and Elvis Presley. After completing his secondary education Damien went on to the Ballyfermot “Rock School” for 2 years where he studied musical performance as well as the practical side of the music industry.

The Fad was a band from Long Island, NY that played a mix of punk, ska, and hardcore. Founded in 2000 under the name “Death: 101”, the band originally consisted of Jimmy Doyle, Jay Beiner, Matt McGregor, and Dave Solomon of High School Football Heroes. Death: 101 broke up after Doyle left for college, however Doyle, McGregor, and Beiner soon reunited under the moniker “The Fad”, adding Tom Malinowski on guitar.

Yes is a British progressive rock band which formed in London, United Kingdom in 1968. They are best known for 1970’s “I’ve Seen All Good People“, the 1972 9-minute US Top 20 smash “Roundabout” and their 1983 #1 hit “Owner of a Lonely Heart“. Despite many lineup changes, occasional splits and the influence of the many changes in popular music, the band has endured for 40 years and still retains a strong international following. Their music is marked by sharp dynamic contrasts, lush harmonies, often extended song lengths and a general showcasing of members’ instrumental prowess.

Cibo Matto is a New York City-based band formed by two Japanese women, Miho Hatori and Yuka Honda in 1994. Despite being based in the US rather than Japan, they have strong links with the shibuya-kei scene in their use of sampling and mixture of trip-hop and rock, but stand out amongst other such artist for their particularly strong use of Latin and South American music. Cibo Matto is an Italian phrase that means “crazy food”.

Phish is an American rock band most noted for its extended improvisations, elongated song compositions and the varied genres represented in their song repertoire. The band was formed in 1983 in Burlington, Vermont, United States where they all attended college. The band’s lineup consists of Trey Anastasio (guitar, vocals), Page McConnell (keyboards, vocals), Mike Gordon (bass, vocals) and Jon Fishman (drums, vocals, vacuum cleaner).

Jeff McIlwain has been producing his visceral, melodic strain of abstract electronic music as Lusine for over 10 years now. Originally a Texas native, McIlwain met Shad Scott while living in LA and put out his self titled debut on Scott’s imprint, Isophlux. He relocated to Seattle in late 2002 and began steadily releasing his music on Ghostly International. McIlwain has also contributed tracks to various compilations and remix releases on Mute, !K7, Kompakt, Asthmatic Kitty, and Shitkatapult. In 2009, he released the album, “A Certain Distance”, which featured the single, “Two Dots.

Recently anointed as Boston’s Americana Artist of the Year (2010 Boston Music Awards), the David Wax Museum has been called “pure, irresistible joy” (Bob Boilen, NPR) and hailed by TIME.com for its “virtuosic musical skill and virtuous harmonies.” It is no surprise that its acclaimed performance at the 2010 Newport Folk Festival was hailed as one of highlights of the entire weekend by NPR. The Museum fuses traditional Mexican folk with American roots and indie rock to create an utterly unique Mexo-Americana aesthetic.

Beyoncé (born Beyoncé Giselle Knowles, September 4, 1981) is an American pop/rnb singer, songwriter, record producer, actress and model. Beyoncé was named Billboard’s Top Female Artist of the 2000s in February 2009 as well as their Artist of the Millennium in May 2011. She was the RIAA’s top certified and best-selling overall artist of the decade and the NRJ Music Awards also awarded her as their Artist of the Decade in France.

“CHEMICALS” EP Now Available on iTunes and Spotify! https://itunes.apple.com/us/album/chemicals-ep/id878204762 Originally begun as a solo project, Modern Diet was the moniker under which Jake Cheriff wrote, recorded and released a three song EP in the summer of 2012. It didn’t take long for Modern Diet to evolve into an electric four-piece outfit after the current members all met at New York University that fall. The bands debut EP was released April 23rd, 2013.

Try to imagine all your favorite sounds. Imagine melody, harmony, summer shore lines and the drones from the engines that got you there. Now, take these sounds and drive them through an endless onslaught of distortion pedals and rapid-fire drums and you’ve got a little bit of Kestrels – a polite mix of sincerity and guitar rock excess, of melody and vibration, of every sound you ever loved sounding like you’ve never heard it before.