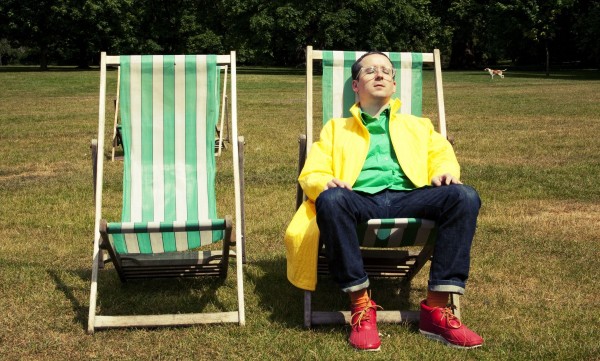 Bleachers is an indie pop band started by Jack Antonoff who is most notable for being a member of the bands fun. and Steel Train. Bleachers was kept as a secret side project for a year preceding the release of the band’s first single “I Wanna Get Better” in February 2014. The first full length album, Strange Desire, is set to release on July 15th, 2014.
Jack Antonoff has stated he has no plans to leave the band fun. and will continue to be a member.

Melbourne folk duo Luluc (pronounced Lou-Luke) might be a new name to many but they come packing an impeccable resume. Singer Zoe Randell is perhaps best known for her magical vocal accompaniment to Paddy Mann in the much loved Grand Salvo, while Steve “Harmony” Hassett is the bass player in mythical alt-indie-country dudes Wagons. The duo released their debut Dear Hamlyn in2008. Fans of Gillian Welch, Iron and Wine, M Ward, Bon Iver et al take note.

Peter Gene Hernandez (born October 8, 1985 in Waikiki, Hawaii), better known by his stage name Bruno Mars, is a Filipino-Puerto Rican American singer-songwriter, producer and multi-instrumentalist signed to Atlantic Records. He is most well known for his hit Just The Way You Are, which went #1 in 9 countries in 2010. He is also known for singing/co-writing the hooks for the #1 hit Nothin’ On You by B.o.B, and Billionaire by Travie McCoy; he also co-wrote the international hits Right Round by Flo Rida and Wavin’ Flag by K’naan.

Born and raised in a dairy farm in South-East France. Floanne moved to New York City in 2000 and now works as an actress and vocalist. She has performed at the Public Theater, Guggenheim Museum, on feature films and national television (SAG, AFTRA, AEA). Her debut cabaret show, J’avoue, was directed and co-written by Jean Brassard at the Triad Theatre. Ankah also expresses herself as an award-winning experimental filmmaker, and is an avid comedy improviser (UCB, the Magnet).

TECLA: a self-produced music vixen who writes, sings and records all of her own tracks. Using her non-traditional voice coupled with electronic vocal effects, TECLA proves that there are no rules to this game. She fuses her raspy, low vocals with carefree-upbeat synth sounds and pop hooks. TECLA challenges the listener with lyrics that make you confront prolonged notions of beauty, sexuality and gender while still making you dance. She takes you on her very personal journey through her life as an NYC native born to Haitian and Italian parents turned outcast to freak to performer.

Alexis Taylor, the lead vocalist of the British electro-pop band Hot Chip. Taylor also plays the keyboards, guitar, percussion, and piano for the band and his recent solo album, Rubbed Out, released on Treader Records in 2008. His second album, Await Barbarians released June, 10 on Domino.