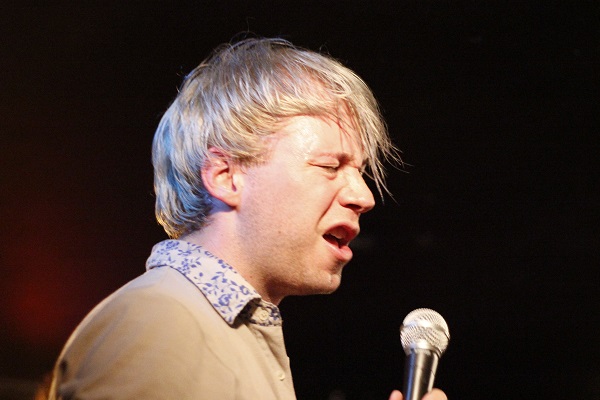 Time to put a wrap on our coverage of this years edition of CT’s Fauxchella. I wish I could have been a part of more of the acts that performed, but it is a nearly impossible feat in the festival setting. Needless to say I’m all ready to do this again in 2015. And it is worth mentioning how well put together this event was. In its third year (my first year attending), I’m very impressed with the quality of the performers they booked and with how smoothly and on time the event ran in general, so I have to commend John Flynn, Manic Productions and Sloppy Seconds on that.

Again, here is my fully updated photo album here. Be sure to check out the crazy shots that Pissed Jeans provided me with.

One of the more unique sounds of the day came from Chalk Talk. If I had to describe them, I’d have to say they nail the fuzzy lo-fi aspect of your typical garage rock, but still come across as sounding like summer and laid back despite the aggressive punk-esque vocals. Their garage punk side meets up at a musical intersection with math/surf rock. The trio played with some good vocal harmonies as well.

Hartford jam band, The McLovins, have been a rising CT act for a while now. The quartet meets plenty of quality jam criteria with their four-part harmonies and keyboard use. They perform groovy, chill melodies one after another. They’ll be playing throughout the summer, culminating in an appearance at Bridgeport, CT’s Gathering of the Vibes.

Ultimately, it was Philadelphia’s Pissed Jeans that put the biggest exclamation point on the entire day. The hardcore punk rockers gave us the most rambunctious and entertaining set and I’ll let some of my photos speak for themselves with these guys. Due mostly in part of the antics of vocalist Matt Korvette, we saw everything from audience selfies, him praising a security guard, and playing with light fixtures. He made use of every square inch of the cramped stage in The Space. Some audience  interaction even resulted in a random spectator winding up on stage to fail at drumming his part in The Offspring’s, “Self-Esteem”. It was all wild, unpredictable, and made for my biggest photo set by far from Fauxchella.

The most high-profile and house-packing set of the night belonged to New Haven funk fusion band Kung Fu. They are no stranger to playing all sorts of festivals throughout the region and completely loaded the Ballroom at the Outer Space with tons of dancing spectators. Through the smoke and lights, Rob Somerville’s saxophone was captivating. Standing in the middle of the room, it sounded like their music was coming at you from all directions. I’d call it funk surround sound. Catch these guys at Gathering of the Vibes later this year.

Brooklyn Trio Wonderbreed Releases New Video, “Who Is Your Dad”