CT shows to drop in on before the end of February 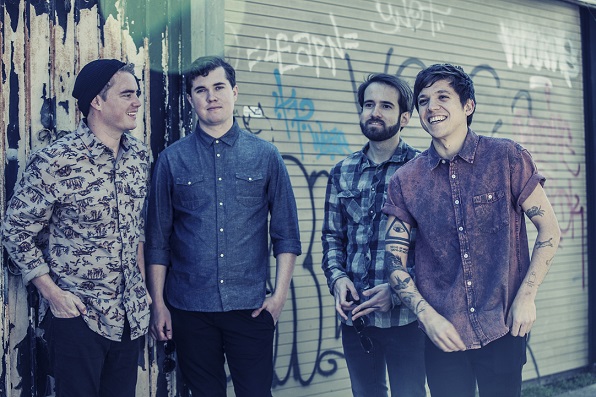 With just a couple of weeks left in February, there are a handful of big shows in southern Connecticut that should be pinging on your radar. Here are some of the highlights of what is to come before March arrives.

Wednesday, 2/19- Cults @ The Space– Following the release of their sophomore album Static, Cults has been getting around. For such a small venue, this is a can’t-miss show if you’re into the sickly sweet, lo-fi goodness that Cults has to offer. The intimate basement locale should definitely help make for a pleasant sensory experience. Misty post-punk tour buddies, Mood Rings, will join them.

Sunday, 2/21- Into It. Over It. @ Toad’s Place– Chicago punksters Into It. Over It. headline a full slate of regular region visitors at Toad’s Place on Sunday. The full lineup is rounded out by The World is a Beautiful Place & I Am No Longer Afraid to Die, A Great Big Pile of Leaves, Old Gray, and Ovlov.

Tuesday, 2/25- Surfer Blood @ The Space– After playing a series of shows in a support role in 2013, Floridian alt-rockers, Surfer Blood (pictured), makes a stop in Connecticut on an East Coast headlining tour. They’ll continue to play some tunes in promotion of last years release, Pythons. I had a good time at Terminal 5 last year when they opened for Foals.  Fort Lean and Wake Up will warm things up for the evening.

Wednesday, 2/26- Milagres @ BAR– Brooklyn’s Milagres plays BAR’s last free show of the month in New Haven in support of their latest full length release, Violent Light. The album will officially be released on February 25, but the band already has it streaming. A pair of groups with roots in New Haven will join them for the show. Currently of Brooklyn, Plume Giant started their project at Yale University. Two-piece, Ports of Spain, currently resides in New Haven.

Friday, 2/28- Touché Amoré and MewithoutYou @ Heirloom Arts Theatre– Danbury lands one of the biggest CT shows of the month. Californian post-hardcore rockers, Touché Amoré, is making stops all throughout the US. On the heels of their September release, Is Survived By, they’ll play the recently renovated Heirloom Arts Theatre with  MewithoutYou. Post-rockers Seahaven and Caravels are also on tap to perform.