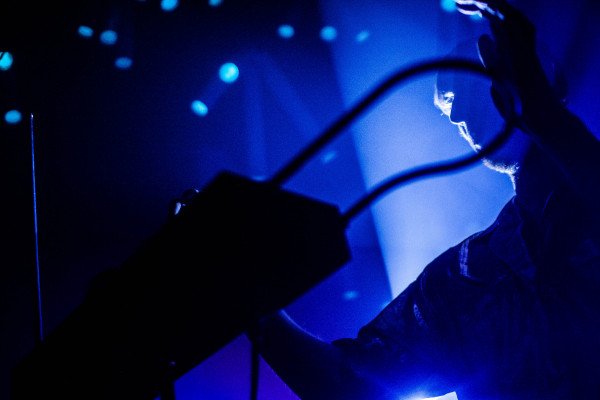 Glasslands has entered its final month of existence, and in its home stretch, it will be hosting many intimate and meaningful shows. I’m rather sullen to be losing one of my favorite venues, but at least we’re going out with a bang. This last month, colloquially referred to on social media as the ‘lastlands’, began with Chrome Canyon & Young Ejecta, in a night of spirited electronica.

Young Ejecta are Leanne Maycomber & Joel Ford, a duo that I’ve wanted to see for a while. It’s easy to be familiar with other musical projects they’re associated with; Maycomber is in Neon Indian’s live assembly, and Joel Ford is one half of Ford & Lopatin. They have a solid collection of complex and catchy songs out there, set to expand shortly with their second output, The Planet. Seeing them live may catch you off guard, with her vocals indistinct and focus on interpretative dance, it’s really an experience in absorbing her personality.

We’d need to cycle back two years to when I first came across Chrome Canyon, a project by producer Morgan Z. I saw the group open for a Kraftwerk tribute act at LPR and the music and visuals blew my mind. What he’s put out on his 2012 record, Elemental Themes, is an electronic epic that could easily be a soundtrack. On stage, Morgan Z is most distinct in his expert manipulation of the theremin, even doing a rendition of “Happy Birthday” with it for Glasslands’ proprietor, Rami Haykal. Chrome Canyon hasn’t released any new material recently, but has an active Soundcloud with some prominent remixes.