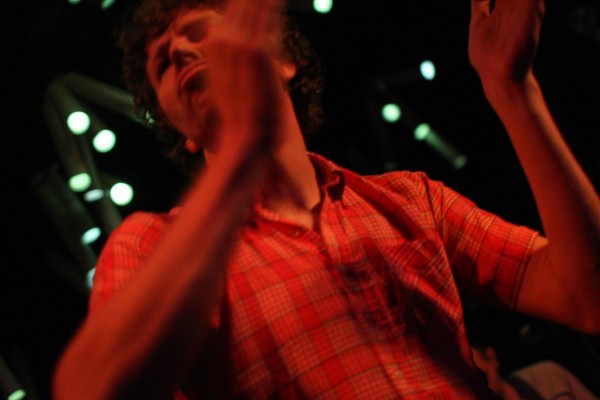 The Connecticut live music scene has a promising 2015 ahead of it with plenty of firepower in store. The Ballroom at The Outer Space will play host to its first major national act of the young year. !!! (Chk Chk Chk) is up for the task and will be kicking things off this evening with a headlining performance. Support will come from Nebraska native, and progressive artist Darren Keen.

Neat Beet last heard from !!! back in July at the now defunct Glasslands Gallery. The seasoned dance punk collective has extensively been touring since the release of last April’s cleverly titled full length Thr!!!er. Experiencing the live atmosphere they create once was simply not enough, especially when they are performing at venues like these that allow for a snug but comfortable dance space. Their stuffed resume means plenty of room for a variety of live material too.

If you haven’t gotten to a show yet in the first week of the year, you’ll find that !!! provides you with the perfect dance party to get you in the concert attending mood.

To keep your radar updated, here is a short preview of several other major indie artists that will be coming to Southern Connecticut in the very near feature:

Hundred Waters- The Ballroom at The Outer Space, Tue. 3/3

NYC peeps can catch them all weekend at Union Pool, as well.