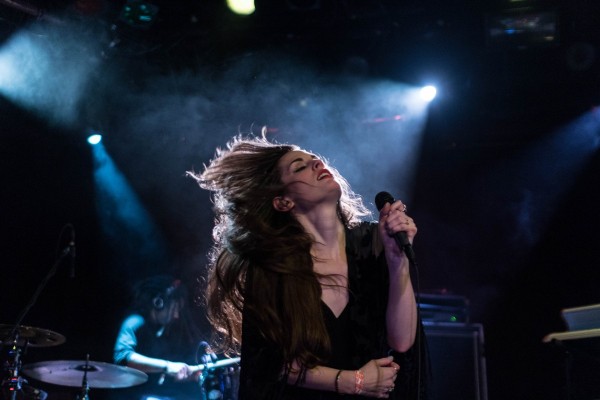 Occasionally there comes a show where yours truly is caught off guard by true showmanship and energy on stage; this weekend’s performance by San Fransisco’s Cathedrals was one of those evenings. The act is a duo of Brodie Jenkins (vox) and Johnny Hwin (guitar, vox), bolstered live by Mitchell Wilcox (drums) & Jonathan Hererra (bass/synth) to form a tight four piece for a singular NYC performance and short tour that culminated at Firefly on Sunday.

I had missed the hype train these guys were riding last year with their debut EP, which was recently rereleased remixed as the Blush EP. Live, its songs truly burst with energy, with Jenkins’ emphatic stage presence as its foundation. Their sound hits that sweet spot of sophisticated and sexy pop, which you can see highlighted well in the music video for “OOO AAA.” Their setlist had a few yet to be released salvos that fit nicely into the scheme of things. When their debut record comes out, I won’t be surprised in the slightest to see this act take on some high profile stages, and feel privileged to have witnessed it, nascent, here at Le Poisson Rouge.