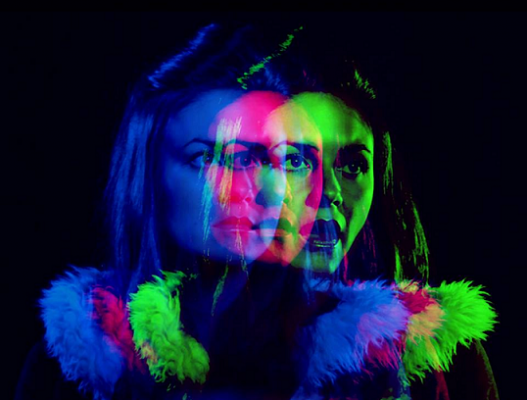 The colorful dance moves and infectious electronic melodies provided by Lonnie Angle and Thomas Dutton make the duo known as Cardiknox capable of igniting a dance party. They put on a show at Mercury Lounge this past Saturday with fellow Brooklyn band, Silent Rider.

Employing cool drum and synth effects, three-piece Silent Rider produced incredibly chill, downbeat vibes. You could still groove to their tunes with ease. They presented select tracks from their self-titled 2012 debut album, and also their latest with “Black Crown“.

Having relocated from Seattle, Cardiknox often turns to a lyrical motif that seems centered on finding success in transitioning to a new city. The result was positive during set closer “Hold Me Down” and “Wasted Youth”, a very catchy new track. The hard-nosed lyrics hit home. Things stayed engaging as they effectively slowed things down and sped things up from the starting point, “Technicolor Dreaming”. The big thing I got out of this show is that Cardiknox produces a multi-faceted brand of indie pop. It ranges from party music, to sweet but melancholy, to playfully aggressive.  In the meantime, we’re left hoping that they officially release some of the new music from this show.