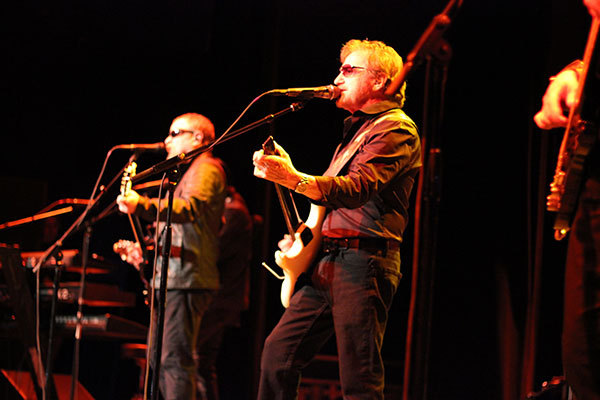 As the sun begins to set on Billy Joel’s residency at The Garden, another famous LI act performed at The Space at Westbury. Blue Öyster Cult is a classic rock quintet whose music has recently been revived in the first installment of Rock Band and is even synonymous with one Will Ferrell’s most famous Saturday Night Live sketches.

The floor of the venue was transformed into a seated forum of the band’s most local fans. The seated format and absence of supporting acts gave this performance a more intimate identity.  Combined with anecdotes on how local watering holes and Stonybrook University defined their band’s lengthy music career and the evening became more of a “Behind The Music” than an actual concert. The group opened with the “Game of Thrones” theme. While seemingly out of place at first, knowledge of Blue Öyster Cult’s inspirations behind their rock/early-metal sound is evidence enough that the opening is quite appropriate.

Below is the setlist of the band’s performance in Westbury. The 2+ hour set included “Burnin’ For You,” “Godzilla,” and ended with a lengthy, unwavering bass solo and drum solo from Sultan and Radino respectively.

This Ain’t The Summer of Love
Career of Evil
Harvest Moon
Burnin’ For You
Golden Age of Leather
The Vigil
M.E. 262
Then Came The Last Days of May
Godzilla
(Don’t Fear) The Reaper

Encore:
Harvester of Eyes
I Love The Night
Hot Rails To Hell
Cities On Flame With Rock and Roll