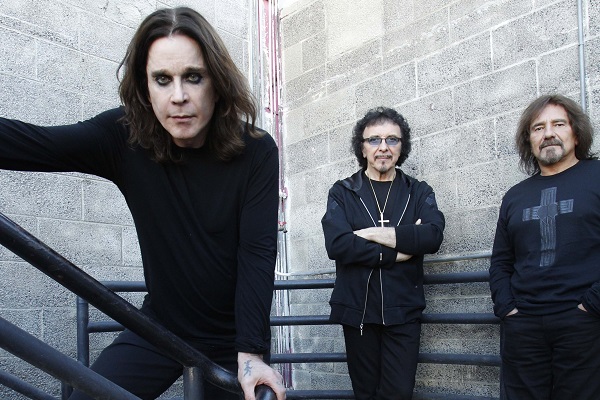 Black Sabbath kicked off the first day of their 2014 North American Tour with a big bang at the Barclay’s Center in Brooklyn, NY March 31st. The nearly sold out arena show housed thousands of screaming fans all cheering for the Lord of Darkness himself, the iconic, infamous Ozzy Osbourne.

The band opened the show with “War Pigs,” and included favorites such as “Fairies Wear Boots,” “N.I.B.” and pro football-stadium favorite “Iron Man”. They even treated fans by playing songs from their self-titled release dating back from 1970. The group was on the road in support of their latest effort, 13. That album wasn’t ignored at all, with tracks such as “God is Dead?” played throughout the lengthy set.

Alongside frontman Ozzy stood the band’s other longtime key players: bassist Geezer Butler and the infamous guitarist Tony Iommi. Both gave a brilliant show but it was newcomer Tommy Clufetos, who started with the band just two years ago, that stood out. While a replacement for the iconic Bill Ward would be hard to come by, Clufetos showed Brooklyn that he certainly had what it took to fill those large shoes. Half way through the set, Clufeos gave a jaw-dropping five minute drum solo that melted the faces off of those attending. Every pair of eyes was fixated on him, showing us why he deserved to grace the stage with the classic rock group.

Before the show’s closer was over, Ozzy threw a bucket of water on the front row, as per his long-time tradition. The show ended with balloons and confetti. Ozzy and the group bowed to the crowd repeatedly, thanking everyone and wishing everyone safe travels. I guess the Lord of Darkness has lightened up through the years.