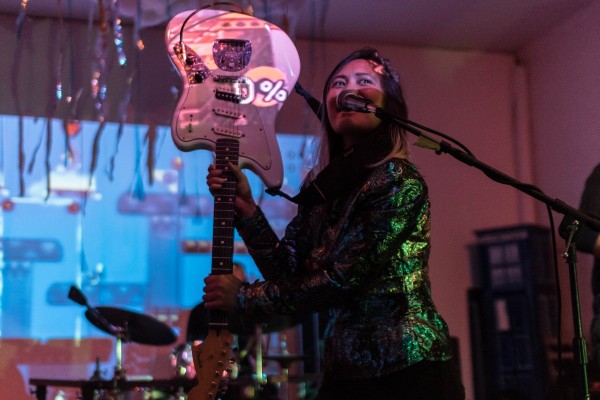 A while back I attended a gathering of bands against burglars, and from that date, a figment stuck with me. One might say it was.. A Big Figment? The art-indie-jazz-punk-etc quartet strike a chord with their weird combination of sounds and happy-go-lucky vibes. Well, give them six months and a little perseverance, and here we have their debut record, Chimaerics, furthering that idea of many-into-one that appears a central theme to them. The band put together a house party in Ridgewood, unofficially called Space Space, to give the album a proper fiesta, and loaded the bill with many of their pals from around the ‘hood.

Check below for a stream of Chimaerics in full and photos of some of the bands from that evening. The roster we photographed included What Prey Tell, Jupiter Boys & A Bunch of Dead People.  Two more bands would play following Big Figment, and the party / Smash Brothering went on well into the morning. If you want to catch Big Figment or see Space Space in action, it looks like they’ll be doing another tumble there on the 14th!

A Bunch of Dead People