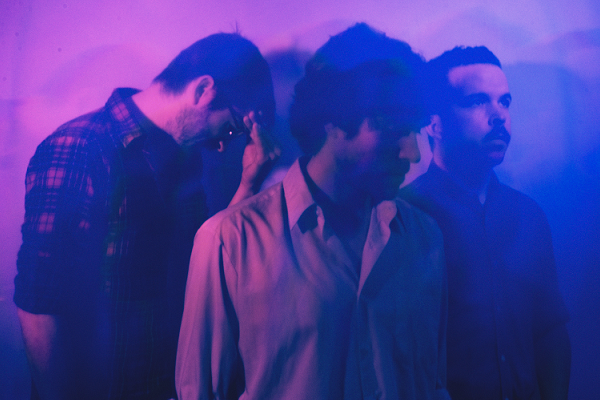 Two years removed from the release of I Love You, It’s Cool, Bear In Heaven is back with a new full length album. The spacey Brooklyn-based synth rock outfit released Time Is Over One Day Old on August 5, via Dead Oceans.

They pick up where they left off in 2012 with the same electronic vibes that seem to transcend our earthly atmosphere. Celestial bleeps, distorted noise, chanted vocals, and subdued guitar and bass plucking go a long way to ensure that Bear In Heaven can still fill that outlandish, psychedelic synth void in your life. There is a subtle chaos injected into the likes of “Autumn” and “If I Were To Lie” that makes the new material very compelling.

A video for “Time Between” has been floating around the internet throughout the past week. It chronicles a nonstop series of New York City nightlife scenarios. Much of the video is very real, and it must have been a blast to film.

Bear In Heaven will treat New York City to a pair of shows in a little over a month. They play Manhattan at the Bowery Ballroom on Tuesday, September 16. Brooklyn gets it turn on Wednesday, September 17 at Music Hall of Williamsburg.