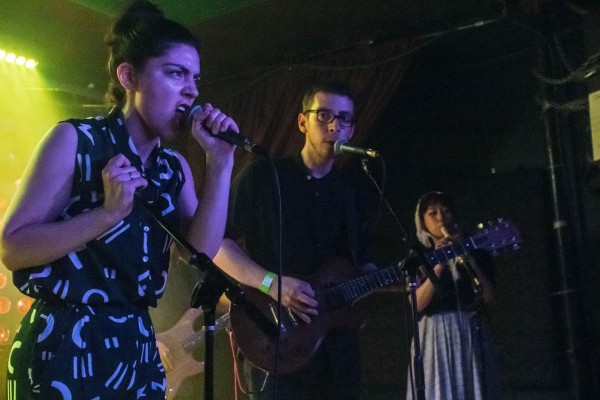 Ava Luna have been a long running act in Brooklyn’s music scene, with a series of full length albums that have just been bolstered by a new record, Infinite House. It’s a really complete effort, one of my favorite releases this year; I’ve been listening to it on repeat ever since I heard “Coat of Shellac” from it. The band’s trademark abstractness in their rock sound has really hit an impressive level of refinement here. Ava Luna played Baby’s All Right and Silent Barn to celebrate its release before embarking on a national tour.

Western Vinyl labelmate and Dirty Projector bassist, Nat Baldwin, traveled from Maine to open the show wielding a solo bass violin with masterful finesse. He put out In The Hollows last year. They were followed by Warehouse, a five piece indie rock outfit from Georgia under the Bayonet label; they released Tesseract this year and are touring extensively on it having been here twice already. Their singer, Elaine Edenfield, has a gravelly voice that gives the band an effective sound when juxtaposed with its layered guitar work.