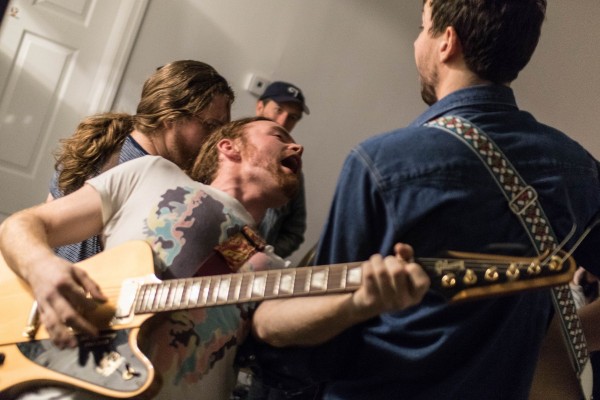 Up above one of Bushwick, Brooklyn’s most well known venues, The Silent Barn, are what seem regular apartments. Officially or unofficially, shows sometimes happen there, in what I’ve dubbed The Silent Barn Attic. You may remember it as the location of the fire that shuttered Silent Barn briefly in Autumn. Well renovations have happened, and the residents are getting busy again. Tonight’s gig was the first of 2016, and featured some familiar faces in a new gathering, Ashtabula.

Ashtabula are our chums in Young Bugs & Meadowhawks + Stephen Simpson. The Bard College derived musicians just kicked off the project at the end of 2015. The group does not yet have any demos available, but you can gain an approximation from guitarist Quinn Murphy’s “All I Want to Feel is Love,” which is pretty much the band in a chiller setting.

Jesus Jim were the other group of lads on the bill and supplied some good, boisterous energy to close out the night. The group are fairly active around Brooklyn, and have some demos for perusin’.