Arthur Beatrice Made Their US Debut at Mercury Lounge, 3/3/2014 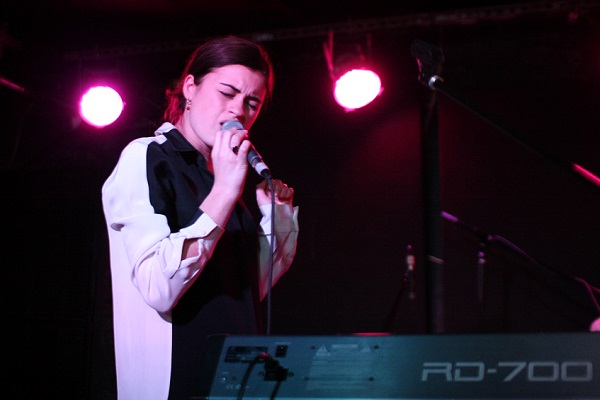 2014 has an exciting and anthemic newcomer in pop, Arthur Beatrice. Their music features intertwining vocals from their two lead singers over piano-led indie rock. They’ve been executing a slow burn strategy, staying underground in England since their formation in 2010 until now. They’ve released their debut album two weeks ago, Working Out, and its definitely a Mercury Prize contender. I caught their US debut at Mercury Lounge, and left confident that they will in time be recognized as one of this year’s hottest artists.

The band is a quartet comprised of Orlando Leopard, Ella Girardot, and brothers Hamish and Elliot Barnes. Live, they are efficient and cut no corners in replicating the excellent sounds on Working Out. With the more upbeat tracks like “Midland” or “Grand Union“, they really hit a groove that got a mostly unfamiliar audience moving their feet. Here in New York, that’s always a feat. Arthur Beatrice is in SXSW this week; past that, they have no further announced dates yet.

Shout out to Dinowalrus, the local synth rockers who opened tonight. Their 2012 record, Best Behavior, is something we are fans of here. They play in front of psychedelic visuals and blast out high tempo guitar and synth jams. Check out “Grounded” and their next show, opening for Zombie Zombie on April 27th at Glasslands.