An Evening with Rob Thomas @ the Paramount 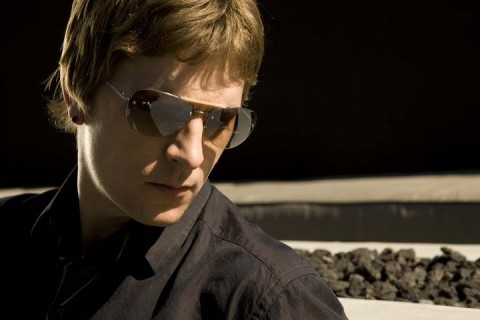 Singer-songwriter Rob Thomas, formerly of Matchbox 20, nearly sold out Huntington’s Paramount Theater earlier this month. Rob serenaded the crowd with his acoustic performances of songs off his last two albums, his new album and even some hits from his Matchbox 20 days.

He opened the show with a lively performance of “Mockingbird” and went on to play hits such as “Getting Late” from his 2009 solo album cradlesong. An evening with Rob Thomas it was indeed; he gave fans the ultimate acoustic performance while telling stories about Mic Jagger, Lionel Ritchie and his days as a lonely teenager, all after wowing the crowd with his acoustic versions of “Lonely No More”, “You Won’t Be Mine” and “Street Corner Symphony” from his 2005 album Something To Be. Tim Fain (best known for his work on Black Swan) also joined Rob for a tear jerking performance of “Ever the Same”.

Joined onstage with guitarists Frank Romano and Matt Beck, Rob went on to play hits such as “Smooth”, “3am” and “unwell”. He captivated the crowd not only with his smooth vocal chops, but with his down to earth personality. He covered hits such as “Jenny” by Tommy Tutone and “No One is to Blame” by Howard Jones. Before the show finished he gave fans a preview of his new album with songs such as “(I Think) We Feel Good Together” and “Heaven Help me”, while closing out the show with a breathtaking version of his hit “Bright Lights“.

Rob Thomas – The Paramount – May 5th