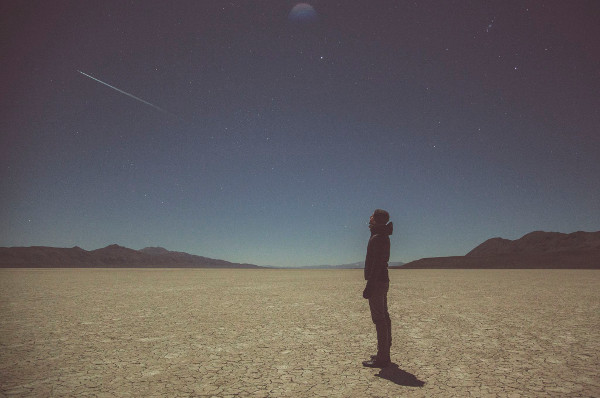 Cure your St. Patrick’s day hangover with plenty of black coffee and these new albums…

Foster The People – Supermodel
I saw Foster The People close out last year’s Firefly Festival and during that set they debuted “Fire Escape” from this album. It was so phenomenal live that we’ve been eagerly anticipating the album. The band’s single entitled “Pumped Up Kicks” helped push their debut album, Torches, to a commercial success and introduced us to Young & Sick. (they created the art on both albums) The CD release show was at Music Hall of Williamsburg last night and your only other chance right now to see them is at Governor’s Ball.

YG – My Krazy Life
A very happy belated birthday to Keenon Jackson who turned 24 last Sunday. He goes by the name YG (or Young Gangsta) and is the latest talent to come out of Compton. “My Nigga” is spinning heavily on hip-hop radio stations in the area and “Who Do You Love?” is a hit in the making, thanks to its catchy hooks and Drake cameo. Catch the rising star when he plays Irving Plaza Powered by Klipsch on Sunday, April 27th.

Taking Back Sunday – Happiness Is
The kings of the emo scene and one of the bands who single-handedly put Long Island on the map, Taking Back Sunday, is still going strong all these years later. The band recently toured in support of their reissued debut and will be celebrating the release of their sixth studio album. The band is playing four sold-out area shows in April, including two nights at Best Buy Theatre, one night at CT’s Webster Theater and another night at Revolution in the band’s hometown of Amityville.

Christopher Tignor – Thunder Lay Down In The Heart
We learned last week that Juanes left heavy metal behind to take on a life as a pop musician. This week, let’s discuss Christopher Tignor. He’s the founding member of Bronx-born Wires Under Tension along with Theo Metz. The two worked as as the post-rock duo and released two albums on Western Vinyl. But Tignor himself was a classically-trained violinist and when the band called it quits, he went on to do what he knew best – compose music. Thunder Lay Down In The Heart is a beautifully written album featuring the Far Cry String Orchestra and collaborations with John Ashbery and Rachel Grimes.

Ringworm – Hammer Of The Witch
The hardcore band with a very brief Act I and an Act II filled with non-stop touring and recording are at it again. Ringworm are from Cleveland and have recently left Victory Records to sign with Relapse Records. Ringworm is part of Day 2 of the Today’s Mixtape Festival in Patchogue, NY. Other acts that day include Bane, Terror and Stick To Your Guns. Tickets for Day 2 (or both days) are still available.

Luther Dickinson – Rock ‘n Roll Blues
Draw a Venn diagram around The Black Crowes and North Mississippi Allstars and directly in the middle, where the two circles meet is guitar virtuoso Luther Dickinson. He provided guitar recordings for both bands (and vocals with North Mississippi Allstars) and is now releasing Rock ‘n Roll Blues, his solo album. Dickinson joins the Southern Soul Assembly (JJ Grey, Marc Broussard and Anders Osborne) on a small stint that includes the Concert Hall at Norwalk City Hall.

Looking to build off the success of 2011’s Dive, Scott Hansen and company have released another full length in Awake that perfectly fits the downtempo, chillwave mold. Its their second consecutive release through Ghostly International. After a set of four European tour dats, Tycho will be in town on April 18th to perform a sold out show at Manhattan’s Webster Hall with fellow Californians Gardens & Villa.

The Pretty Reckless – Going To Hell
Those who believe hard rock is only a genre reserved for classic rock stations clearly haven’t listened to The Pretty Reckless. They are based in NYC (so you know they are edgy and gutsy already) and headed by the multi-talented Taylor Momsen. (remember her from Gossip Girl and How The Grinch Stole Christmas?) The band is playing a free (but ticketed and definitely sold out) show at the Music Hall of Williamsburg in April.

Vermont – Vermont
This ambient project is headed by Marcus Worgull and Danilo Plessow. Plessow is best known for his work with Motor City Drum Ensemble and while Vermont is a little different (okay, very different) from MCDE the expertise is still evident, especially in their breakthrough single entitled “Majestät“.

Enrique Iglesias – Sex And Love
The pop heartthrob from Madrid returns with his 10th studio album entitled Sex and Love. The album includes not one but two singles that have reached the #1 spot on the Billboard Hot Latin Songs chart. The album also includes cameos from other heavy-hitters like Pitbull, Romeo Santos and Flo Rida.

I Am The Avalanche – Wolverines
Taking Back Sunday isn’t the only post-hardcore band in the area with a release this week. I Am The Avalanche hail from Brooklyn and is headed by the very talented Vinnie Caruana. (who has been touring solo the last couple of years) Wolverines is the band’s third studio album and is expected to be a hard-hitting one at that. Those who missed their intimate performance at West Babylon record store Looney Tunes will be happy to hear that the band is spending a weekend in the area very soon. They play the Marlin Room at Webster Hall on Friday, March 28th and Asbury Lanes in NJ the following day.

The War On Drugs – Lost In The Dream
Americana-indie rock band should not be confused with the campaign against illegal substances. This band is based in the Northeast (specifically, Philadelphia) and was Adam Granduciel and Kurt Vile. Kurt has since left the group and has seen a success as a solo artist but Granduciel and Co. continue to release very critically acclaimed albums. The band will bring cuts of Lost in the Dream to NYC and Brooklyn for three sold out concerts on Wednesday, Thursday and Friday of this week.

Skrillex – Recess
Surprise! This last-minute album by dubstep’s promising youngster/former post-hardcore heartthrob was recently announced out-of-the-blue  via his Alien Ride app and has been streaming on his website since. The album includes appearances by Chance The Rapper, Mishka, Niki & The Dove and (probably most excitably) Fatman Scoop. Locals will have a chance to see him go wild at Governor’s Ball Music Festival but the die-hards may want to check out his headlining gig at Albany’s Washington Avenue Armory.

Ruby The Rabbitfoot – New As Dew
The drawl of South Georgia folk music and pop butt heads and shake hands in the music of Ruby The Rabbitfoot. The name of the musical project pays homage to gaudy, taxidermied appendages on key chains. Ruby Kendrick is on her way to becoming the next sweetheart in music.

Kevin Drew – Darlings
Co-founder of Broken Social Scene turned solo artist, Kevin Drew is releasing the follow-up to his critically acclaimed solo debut Spirit If…. The first single is entitled “Good Sex” and is very similar to the baroque-pop stylings of his indie super-group. Drew opens for Feist at her Tarrytown Music Hall show on April 10th and headlines the Bowery Ballroom one week before. Tickets are still available for both shows.

The debut full-length from Perfect Pussy will have you sifting through hardcore haze, putting the pieces of discord together, all the while getting totally screamed at by Meredith Graves. Say Yes To Love is a dark, in-your-face experience. Its alarmingly dark style will be a unique experience for your ears. Perfect Pussy plays the late show at Mercury Lounge on Saturday April 5th.

Black Lips – Underneath The Rainbow
Atlanta’s indie/garage rock four-some Black Lips have been very busy in the studio with Underneath The Rainbow being their seventh LP in 11 years. And while the band’s on-stage persona has matured throughout the years, they still provide a crazy wild live experience. They bring that hard-hitting, punch-to-the-gut intensity to Webster Hall on Thursday, April 17.

Gentlemen have put out their follow-up EP to Night Reels I released last year. It builds on the psychedelic sound that they had previously introduced. They continue to integrate a variety of instrumentals. With the help of these new tracks from Gentlemen, it sounds more like 1970s than the 2010s.

La Dispute – Rooms Of The House
Probably one of the most underrated bands from the post-hardcore era, La Dispute are best known for their experimental/spoken word EP series that pushed the envelope on the genre and from their first two great releases on No Sleep Records. This year marks the 10th anniversary of the band’s founding and Rooms of the House couldn’t be a more fitting celebration of their talent. They play a sold-out show with Mansions and Pianos Become The Teeth at Music Hall of Williamsburg on April 10.