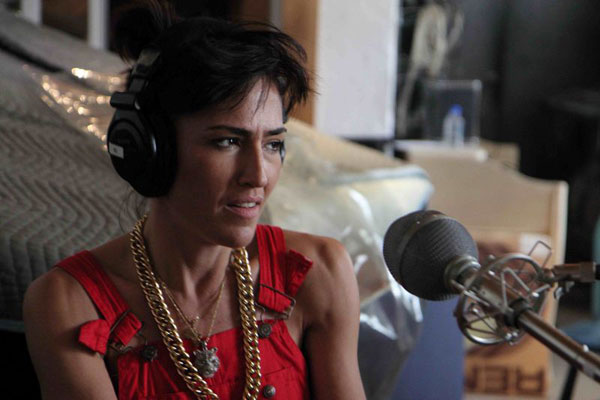 Juanes – Loco De Amor
It’s not everyday you hear of a musician leaving the heavy metal scene behind and diving right into pop music. But that’s exactly what internationally renowned music icon Juanes has done and the world is a better place because of it. He’s won a few Grammy® Awards and has sold over 15 million solo albums. Loco De Amor is the Colombian artist’s sixth studio album, released on Universal Music Latino.

Metronomy – Love Letters
At the end of the 20th century, Metronomy was founded. The group released its debut Pip Paine… in 2006. In 2011, their third release went Silver in UK. We’re hoping 2014 is the year this band gets the attention they deserve. “I’m Aquarius” is the dreamy electronic pop single that comes off of Love Letters. The band is playing Webster Hall in May and lucky for you tickets are still available.

Joan As Policewoman – The Classic (pictured)
Representing the wonderful state of Connecticut, we can’t help but feel love for indie multi-instrumentalist Joan Wasser. Her musical project, Joan As Policewoman, is releasing a new album this week entitled The Classic. And since we loved her last release (The Deep Field) we know that The Classic will be, uh, a classic. She is playing Brooklyn’s Rough Trade store on Tuesday, May 6. Tickets are available now for that intimate show.

September Girls – Cursing The Sea
While you are frantically searching for your green shirt and trying to raise your tolerance for the 17th, we’re looking forward to the US release of this Dublin-based pop quintet. We had to wait a few months between the original launch and the local release of their debut album but we assure you it is worth the wait.

Laibach – Spectre
This week’s album releases list wouldn’t be complete without another band from another foreign country. Laibach are industrial rockers from Slovenia and have been making music for longer than most people reading this have been born. “The Whistleblowers” is the first single from Spectre.

Voices from the Lake – Velo Di Maya EP
Ambient electronic duo Donato and Neel make up Voices from the Lake. The group is best known for adding really far out, experimental layers to their music. (their full length had underwater sounds and African drumming, among other things) Lucky for you, they are at Output on Friday.

Tensnake – Glow
Marco Niemerski is a House music DJ and producer. You may know him better as Tensnake. Glow is his debut album which includes the wildly addicting “Love Sublime” featuring Fiora (who provides sultry vocals for much of the album) and Chic guitarist/Daft Punk entourage member Nile Rodgers. If Glow is as funky as this single, expect Tensnake to be in heavy rotation in nightclubs everywhere. Tensnake has no live performances in the area (for now) but is offering signed copies of Glow on his website.

Dean Wareham – Dean Wareham
Many great bands fade out long before they should have. Galaxie 500 is one such band whose three studio albums, while an impressive feat over two years, leaves us wanting more. Lucky for us, we’ve had Dean Wareham through it all. He’s the brains and brawn behind Galaxie 500 and his later project Luna. After both bands called it quits, he continued to tour extensively with Luna bandmate Britta Phillips. Now, he’s releasing a self-titled solo album and is starting a nationwide solo tour at the end of the month. Bowery Ballroom is the place to be Saturday, April 5. His website confirms that Carsick Cars is opening and that tickets are still available.

311 – Stereolithic
Pronounced “three-eleven”, this band has been going strong since the late 1980’s all thanks to its niche of fusing rock, alternative, reggae and hip-hop into catchy tunes. The band has several Gold albums under its belt, with one album going Platinum and their self-titled even going 3x Platinum. (whoa!) “Five of Everything” off of Stereolithic doesn’t venture too far off their successful formula but its not to say that this album might be the album that proves the band has staying-power.

Sudden Death of Stars – All Unrevealed Parts of the Unknown
This psychedelic/shoegaze band from France is one of the cornerstones of London-based indie label, Ample Play Records. Sudden Death of Stars is a must-listen: the band is one of my unexpected gems and pleasant surprises from putting this weekly list together. All Unrevealed Parts of the Unknown is the band’s sophomore release. The band has no US tour dates as of yet.