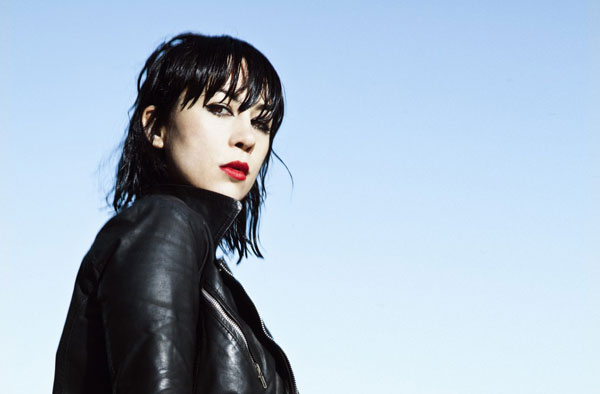 Rounding out January 2014 is another list of strong releases. Stay tuned to see what February has in store!

Habibi – Habibi
The band’s Facebook page simply reads “spinnin straw to gold” and they couldn’t be more spot-on. What has been released of their debut album (via Burger Records) is what Fade Away (Best Coast’s third album) failed to do. Their record release show is at Baby’s All Right (Brooklyn) on January 29. Tickets are available here.

Leif Vollebekk – North Americana
In the same vein of Marcus Mumford, Leif Vollebekk sews together folk and blues to make music inspired by his hometown of Montreal, his travels and much more.

Quilt – Held in Splendor
If there is one word of advice we could give you, it would be to check out Quilt on this upcoming tour. (while they are playing smaller rooms) Based on the sultry vocals and laid-back vibe we get “Tie Up The Tides” we can expect this band and album to be on everyone’s radar very soon.

Dum Dum Girls – Too True (pictured)
True story: the band’s name is inspired by an Iggy Pop song (“Dum Dum Boys”) and Dum Dum Boys, the studio album from The Vaselines. The band’s sound becomes more evident once knowing that fact. Add the fact that that the album is being released on Sub Pop Records (Fugazi, Dinosaur Jr.) and produced by Richard Gottehrer (he’s produced all of the Dum Dum Girls albums to-date) and Sune Rose Wagner (1/2 of noise-pop icons The Raveonettes) and you have the makings of what can be an exceptional album. Photo credit: James Orlando.

Actress – Ghettoville
Insomniacs might remember hearing Actress’s “Murder Plaza” on Adult Swim. (and eventually part of a compilation album) For those who stay away from television late at night, Actress (the project moniker by Darren Cunningham) is a minimalist-ambient electronic musician that is the poster-child of Cunningham’s independent label Werkdiscs. (Zomby, Disrupt)

Hospitality – Trouble
This indie-pop band from our backyard of Brooklyn is back with their sophomore release: Trouble. Fronted by Amber Papini, the band got their start at the famous DIY venue Cake Shop and are expected to sell out the bigger Music Hall of Williamsburg, where they play with Air Waves in March.

Gem Club – In Roses
We all have our favorite genres and one of mine happens to be chamber-pop. (think Anathallo or early Sufjan Stevens) It combines the orchestral composure of classical pieces with the sensibility and song structure of something more this-day-and-age. Gem Club’s last album combined ambient piano and strings with vocals so hauntingly elegant that they would make Justin Vernon himself shiver.

You Me at Six – Cavalier Youth
We’re keeping an eye on this album. The British alt-rock band that sounds like many of the bands you first saw live at Warped Tour (remember being dropped off by your parents?) has a formula that simply won’t quit. (each previous album has been certified Gold in the UK) We know they can do it a fourth time around with Cavalier Youth but we hope they can bring that muster to the USA.

Algebra Blessett – Recovery
Algebra Blessett (or sometimes simply known as Algebra) is an R&B singer that blends soul, jazz and other genres into really memorable hooks and singles. The former gospel choir singer’s debut album reached as high as #56 on the Billboard R&B/Hip-Hop chart and stayed on that list for 14 weeks straight.

Of Mice & Men – Restoring Force
With the same fervor your 8th grade English teacher had for shoving the symbolism of Steinbeck’s novella down your throat, this metal-core band of the same name shoves intense breakdowns and guttural guitars. The band is appropriately releasing this album on Rise Records, home of Dance Gavin Dance, Hot Water Music and Sleeping with Sirens.