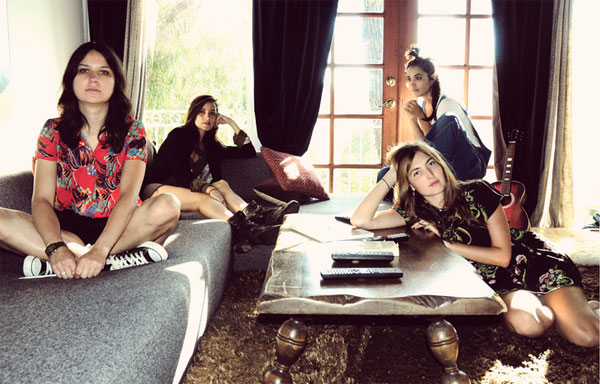 Another Monday means only one thing: the mark of another fantastic week in music.

The Beatles – All US Albums
While you have a better chance at becoming the next president than the Beatles’ discography making it to Spotify anytime soon, there is some great news for fans of the Rock & Roll forefathers: all US released albums have been remastered and will be released. The hardest decision you’ll make this week may be whether to pick up A Hard Days Night or Revolver. Or if you have any gift cards or cash left from the holidays, spring for the CD box set.

Shy Boys – Shy Boys
It takes only one listen to “Something” to realize that the band has achieved a sound many strive for and very few achieve. The self-proclaimed “landlocked surf outfit” recorded this debut in just days – the amount of time it takes to fall in love with this Missouri-based group.

Various Artists – 2014 Grammy Nominees
If you absolutely loathe anything on a major label, this is an album you’ll want to skip. But if you find yourself humming “Blurred Lines” in the shower, day-dream of standing up to your boss using lyrics from Katy Perry’s “Roar” or think people should be nicer to Taylor Swift, this is the perfect album for you. Other tracks on this album include “Royals” by teenaged newcomer Lorde, “Take A Little Ride” by country music hearthrob Jason Aldean and a surprising yet welcoming addition of “Retrograde” by James Blake.

Thee Silver Mt. Zion Memorial Orchestra – Fuck Off Get Free We Pour Light on Everything
An experimental ambient-drone-progressive-post-rock-add-subgenre-here band from Canada that puts Rush’s track lengths to shame, Thee Silver Mt. Zion Memorial Orchestra may have gone through a few name changes in the last year but there is one thing that has been certain – with every release: they will continue to break down sub-genre barriers.

A Great Big World – Is There Anybody Out There?
The biggest song on pop radio right now is a break-up, tearjerker of a ballad by these folks and former Mousketeer Christina Aguilara. The album is sure to hit the Billboard charts based solely on “Say Something” but the other 12 tracks are sure to get some additional radio play soon.

Warpaint – Warpaint (pictured)
I discovered this band completely by accident – literally. The band was performing a small tent at Bonnaroo and I walked into the tent from the flap behind the band. Since that brush with greatness, I have kept up with the LA-based indie rock band. This album is being released off of Rough Trade Records and you can catch the band doing a few headlining dates in the US. Photo credit: Mia Kirby.

Young The Giant – Mind Over Matter
Being label-mates with Fun. and Paramore certainly have its perks if you are Young The Giant. Their pop-indie-rock sound is back just in time to turn up the heat on these cooler months. Their debut album four years ago broke into the Top 50 and we’re certainly hoping they do the same this time around.

Mogwai – Rave Tapes
It’s hard to believe that this band is just shy of 20 years of their initial work on Mogwai Young Team (their debut album) but Rave Tapes is physical proof that the band is far from slowing down their efforts. Haven’t given them a listen yet? Check out “Repelish” below.