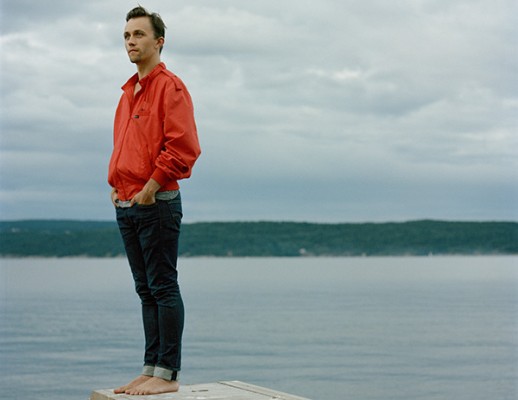 These albums are being released this week. Stay tuned for these every week, and check the bottom for a Spotify playlist of the highlights.

Bruce Springsteen – High Hopes
At the age of 64, while most musicians have long given up recording and touring, The Boss is set to release his 18th studio release. Expect this one to do well on the charts.

James Vincent McMorrow – Post Tropical
Dublin’s answer to Bon Iver, Post Tropical is expected to be just as sultry, depressing and eye-opening as 2011’s Early in the Morning.

Sondre Lerche – The Sleepwalker Original Soundtrack
Seeing that we just came off of the Golden Globe Awards, it should only be a matter of time until we expect Sondre to pick up awards for the soundtrack on this Grand Jury/audience prized Sundance Film of the same title. Palindromes is currently streaming on Stereogum.

Blank Realm – Glassed Inn
With an impressive 8.0 on Pitchfork, Fire Records’ Blank Realm is sure to be the Beach Fossils or Real Estate of 2014. We’re hoping to see this group grab some US festival slots.

Lanterns on the Lake – Until the Colours Run
Until the Coulours Run is going to be the first album I reach for this week. It is in the same vein as Sea of Bees, Field Music or Let’s Buy Happiness. Great, easy-listening lazy Sunday music that is far from lazy in composition.

Backtrack – Lost in Life
Comeback Kid loves this band so much, that they are bringing them on tour through the Mid-West and East Coast. (including a show at Andrew WK’s partly owned Santos Party House) This is great for anyone who loves the band and needs to thrash the work-week blues away.

Deaf Havana – Old Souls
If you were excited about the Fall Out Boy tour we announced a few days ago, you’ll want to give Deaf Havana a listen. It’s worth a listen and you’ll get a chance to see them tear it up at Mercury Lounge on February 13. Tickets are available here.