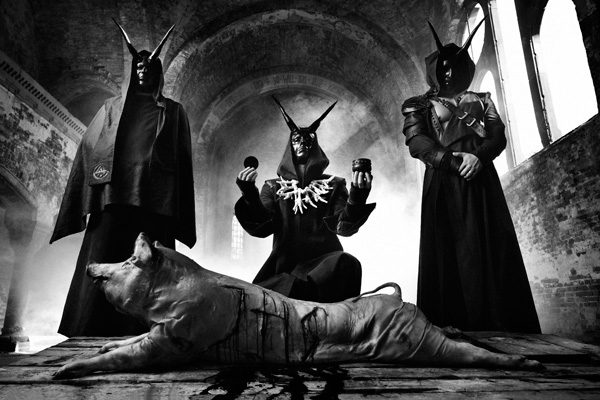 Football season may be over but our list of albums are not.

Marissa Nadler – July
A fan of the dark poetry of Poe and a talent for multiple instruments is what makes Marissa Nadler such an underrated sweetheart. She’s playing Glasslands on Saturday (February 8) and tickets are still available. The venue is perfect for the folk singer’s sultry vocals. “To a Road, Love” off of 2012’s The Sister is on the playlist below.

Nicole Atkins – Slow Phaser
Another female singer-songwriter, this time hailing from the seaside region of Neptune, NJ, is releasing an album this week. She has won awards from the ASCAP Foundation and the Asbury Music Awards for her talent and versatility. Slow Phaser will be her third LP.

Blondfire – Young Heart
When siblings get along (sorry to all Oasis fans out there) they can really make great music. Case in point: Blondfire. Bruce and Erica Driscoll have an indie-pop sound that is irresistible to not enjoy. This album is also self-produced by the duo. We’re certainly excited!

Augustines – Augustines
After introducing themselves to the world with Rise Ye Sunken Ships in 2011, (hello, We Are Augustines) the band decided to drop the “We Are” and hit the studio for their sophomore effort. We’re happy the band is Brooklyn-based and we won’t have to wait too long for their alt. rock shake-em-up’s to hit the intimate Bowery Ballroom. Tickets for the March 3rd show can be purchased here.

The Chain Gang of 1974 – Daydream Forever
Released one week early on Spotify, we can only say this: we absolutely love this album. The synth-heavy musical project of Kamtin Mohager is catchy and sure to get your toes tapping. The millions of us who spent hours on Grand Theft Auto V might remember hearing “Sleepwalking” on the radio.

Broken Bells – After The Disco
Take the leader of one of the most influential indie rock bands of the past decade and pair him with a multi-talented instrumentalist/producer and you have a band that is far from a “side-project”. Their sophomore release After The Disco is taking a similar disco-inspired transformation as Reflektor had done late last year.

Mark McGuire – Along The Way
Check your spelling on this one. Not to be confused with baseball great “Big Mac”, the former Emeralds member turned solo artist continues to create ambient instrumentals that have the fusion of his old project’s sound and his unique flair. Listen to “Alma” off of 2011’s Get Lost below.

Bombay Bicycle Club – So Long, See You Tomorrow
Although So Long, See you Tomorrow is the fourth album from the UK indie rockers, it wasn’t until 2011’s A Different Kind of Fix that the band had any major recognition in the US. (“Shuffle” peaked at #40 on the US Billboard list for alt songs) That is sure to get this band ample airplay and make 2014 a great year for the band.

Behemoth – Satanist (pictured)
As the title suggests, Satanist is not for the faint of heart or for music listeners interested in exploring the genre. Behemoth is death metal at its finest and this album is sure to give you the kick in the pants your workweek needs.

Various Artists – Now 49: That’s What I Call Music
The first Now was released in 1998 and featured such gems as “Barbie Girl,” “As Long As You Love Me” and (to my surprise) “Karma Police”. Sixteen years later, Now That’s What I Call Music continues to make us say, “Really? There’s another one? I think I have Now 5 somewhere. Will they make it to 100?” Volume 49 includes “Timber” by Ke$ha and Pitbull, “Wrecking Ball” by the artist formerly known as Hannah Montana and Lorde’s big Grammy winner “Royals”.