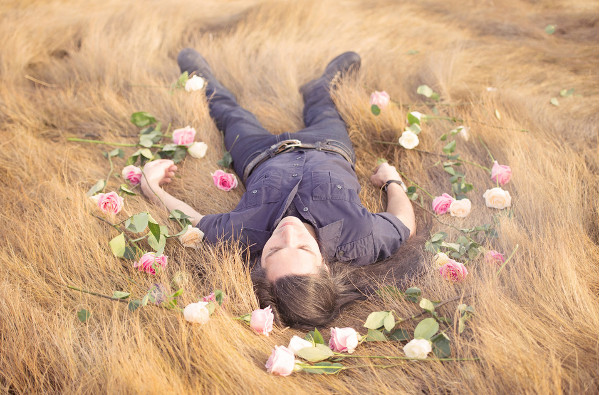 Say goodbye to February and say hello to new albums…

Schoolboy Q – Oxymoron
This Black Hippy member is destined for great things with Oxymoron. Although this is his third release, it is the first that is commercially available online and in-stores on Interscope Records/Top Dawg Entertainment. The album already has four singles, including Billboard-friendly “Man of the Year” and “Collard Greens” which features another fellow West Coast rapper: Kendrick Lamar. His headlining tour with Isaiah Rashad and Vince Staples hits the entire Tri-State Area between March 4 and March 6. Tickets are available for his shows at Best Buy Theater (NY), Starland Ballroom (NJ) and Toad’s Place. (CT)

Wild Beasts – Present Tense
Throw everything you know about indie rock out the window. This UK quartet combines dream pop and experiments with other aspects of sound and musical composition. Thorpe’s falsetto is just one of the many aspects that sets itself apart from other bands in the genre. Present Tense is the band’s fourth album on Domino Records. Wild Beasts play a sold out Music Hall of Williamsburg on March 4th.

Silversun Pickups – The Singles Collection
Long gone are the days of releasing a “Best of…” compilation at the end of an artist’s career. This alternative rock band has combined the best of an already exceptional discography into what they have deemed The Singles Collection. This includes the commercially successful “Lazy Eye” and the stand-out from Neck of the Woods, “Bloody Mary (Nerve Endings)”. This collection also includes a new track entitled “Cannibal”.

Death Vessel – Island Intervals (pictured)
Death Vessel recently announced a Friday performance at Newport Folk Festival alongside Jenny Lewis and Band of Horses. The Providence-based folk band has toured with Sigur Rós frontman Jonsí and will be on the road in March. Check out “Isla Down” below and head to The Bell House on March 22 to see them open for Shearwater.

Beck – Morning Phase
Many musicians transcend from one musical genre to another but few have the finesse to pull it off successfully like Beck. A country-wide tour last year, including some big headlining slots at Treasure Island Music Festival and Newport Folk Festival, proved that the man still has the talent behind the guitar and that “Loser” is just as fun now as it was decades (yes, over 20 years) ago.

New Madrid – Sunswimmer
For fans of Futurebirds and Moon Taxi, New Madrid is loud and noisy – and that’s why they are absolutely fantastic. From the growing music scene of Athens, GA, New Madrid is comprised of Graham Powers, Phil McGill, Ben Hackett and Alex Woolley. Get a taste of what the South has to offer when it heads up north to BAR in New Haven. Too far? It’s worth the drive – and its a free show.

ceo – Wonderland
Eric Berglund is the brains behind ceo, a Swedish synthpop project. It’s light-hearted, fun and what electronic music should be. Wonderland is his second release.

St. Vincent – St. Vincent
David Byrne bff Annie Clark is back under the moniker St. Vincent. The Oklahoma-native musician is an exceptional guitar player, landing her at #93 on Spin Magazine‘s “100 Greatest Guitarists of All Time”. She has taught us that not every pop star needs backup dancers and that The Polyphonic Spree is just a few members away from becoming an indie Mickey Mouse Club. She performs at Terminal 5 on Wednesday. (sold out)

The Fray – Helios
One of my first experiences with this band was in Nassau Coliseum. They were opening for Weezer’s nationwide arena tour and while the pairing seemed quite far-fetched at the time, it was only a few months later that The Fray’s How To Save A Life made its way into most American households. The band is back with “Hurricane”, a pop-radio whirlwind with catchy lyrics and what many pop bands tend to lack: intensity.

Grizfolk – From The Spark EP
While we don’t focus too much on EPs on these weekly features, it is important to mention this band. How many bands do you know that can create electro-influenced folk-rock? Grizfolk are signed to Virgin Records and are based in LA. Check them out at Mercury Lounge on Wednesday. Tickets are available here.

The Notwist – Close To The Glass
One of the best musical exports from Germany since Kraftwerk, The Notwist is an indie-rock band that has what many bands lack: a large discography. Close To The Glass is the band’s first album in over 5 years. Be sure to check out The Notwist at Webster Hall on June 9. It’ll be a Monday you actually look forward to. Tickets are available here.

Tacocat – NVM
Look past the strange, palindromic name and you’ll realize that this band is rather catchy. This surf-rock/bubblegum pop infused band hails from Seattle, dreams about building a bridge to Hawaii, and swings by here for shows at Death by Audio and Hunter College on March 29 and 31, respectively.

Yellow Ostrich – Cosmos
Barsuk Records put They Might Be Giants and Rilo Kiley on the map and continues to push great talent today. One such band is Yellow Ostrich, a Brooklyn band that has been keeping busy with nationwide tours and a plethora of album releases. (Cosmos is the band’s fifth studio album in 5 years) The band brings their signature sound to Bowery Ballroom on Friday, April 4. Pattern is Movement opens the show. Tickets are available on Ticketmaster.