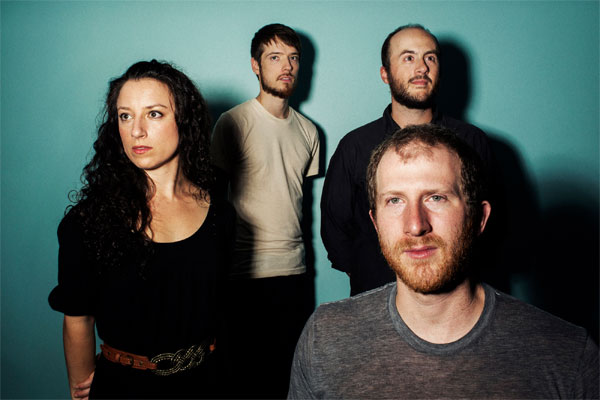 Left broken-hearted on Valentine’s Day? Fall in love with one of these albums.

Angel Olsen – Burn Your Fire For No Witness
If she sounds familiar, it’s because you probably gave Bonnie “Prince” Billy a listen or two. She appeared on not one but two albums for the folk singer, doing harmonies for both The Wonder Show of the World and Wolfroy Goes to Town. She has since branched out on her own and Burn Your Fire… is her third album. Angel Olsen performs at (le) poisson rouge on Thursday. Or if you like to plan ahead, catch her at Cafe Nine in New Haven, CT in May.

Bayside – Cult
Currently holding the record of the band I’ve seen the most live, (7 times) Bayside is a Queens-based punk band too catchy and melodic for the genre and an emo band too hard hitting for the title. Whatever you decide to call the band, you can rest assured that the energy of Ranieri is contagious and the band continues to bring everything it has to every live performance – even 14 years into the game. If you’re lucky, you have tickets to the sold out performance/meet-and-greet at Looney Tunes CDs on Long Island. If you missed out, catch them headline over Four Years Strong, Daylight and Mixtapes at the conveniently located Best Buy Theater on April 4th. Tickets are available here.

NO – El Prado
LA-based indie band NO is a Google nightmare but a pleasant listen. The band belongs to the famed Arts & Crafts family (Deer Tick, Los Campesinos!) El Prado is not only self-produced but will be the band’s first full length effort. Weekend warriors will be happy to hear that the band’s headlining tour with Reuben and the Dark and The Darcys hits Brooklyn’s Cameo Gallery and NYC’s Mercury Lounge in the same weekend. Tickets to Friday, March 21 and Saturday, March 22 are still on sale.

Phantogram – Voices
The recent announcement of Sasquatch! Music Festival included big names like Outkast, M.I.A. and Phosphorescent but none got me as excited as this electronic duo. 2009’s Eyelid Moves was a successful debut and has made “Fall in Love” reach #14 on the Billboard Alt. Singles Chart. Take a listen to it below.

William Fitzsimmons – Lions
Fans of the hospital drama “Grey’s Anatomy” may remember crying along to “Please Don’t Go” during Season 3 of the ABC hit. For those who prefer other shows, Fitzsimmons is a bearded god with talent on multiple instruments including the guitar, ukelele or banjo. Lions is his sixth full length album in nine years, an impressive feat for any musician. Students on a budget can catch him at NYU’s Skirball Center for the Performing Arts on April 16th. For those who remember the glory days of college, he’ll be at Brooklyn’s Littlefield the day before. Both shows have Leif Vollebekk (who also released new music recently) opening.

The Jezebels – The Brink
If you have family or loved ones down under, ask them about their music scene. The Jezebels are an indie rock band from New South Wales, AU and are certainly well-known in that country. Their release Prisoner won ARIA’s Best Independent Release and the band as a whole have been nominated for several other awards. The band channels The Naked and Famous and Joy Formidable very well. Welcome them to New York when they play the Bowery Ballroom on April 15th. Tickets can be found here.

Lost in the Trees – Past Life (pictured)
An orchestral pop band that sounds more like Stars but has a running list of musical influences ranging from Vivaldi to Outkast? Lost in the Trees is a five piece band that transcends many genres and can make even the most stressed out person relaxed. Bowery Ballroom will be the North Carolina band’s “home away from home” when they perform alongside All Tiny Creatures. If you have no plans this week, definitely give this show a chance.

Bear Hands – Distraction
Our album feature wouldn’t feel the same without a shining beacon of talent from our area releasing new music. Bear Hands is an indie rock band representing Brooklyn proudly, touring alongside talent like We Were Promised Jetpacks and Passion Pit. The band has a very busy 2014 with appearances at SXSW, Coachella and Tampa’s Big Guava Music Festival. Locals can catch them at Music Hall of Williamsburg on February 26 or Connecticut’s The Cave. Both shows also have Miniature Tigers on the bill.