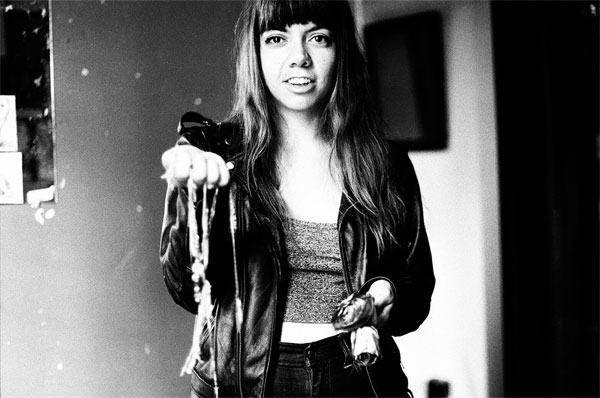 ┼ ┼ ┼ – ┼ ┼ ┼
Pronounced simply “Crosses” this band is comprised of Chino Moreno, (Deftones) Shaun Lopez (Far) and Chuck Doom. Whether you call them a “side-project” or a “super-group” there is one thing that is clear: this electronic rock music group is a far cry from the alt. rock projects of its founders.

Aa – VoyAger
Another name that simply can’t be read aloud, “Big A Little a” is an experimental Brooklyn band that has been a long time favorite of mine. In an age where 6 months can be the birth and death of a band, it’s nice to hear VoyAger is making the light of day close to 12 years after the band’s founding. Listen to “Good Ship” off of the band’s 2007 album gAame.

Tinariwen – Emmaar
Hailing from Mali, this group takes “nomadic” to the next level. The band is comprised of Tuareg musicians (nomadic people) with a love of folk music and a talent at painting a picture of the lifestyle and beauty of the desert region.

Daley – Days & Nights
While most people in their early 20’s are clamoring to pay rent or finding a desk job, Gareth Daley or simply “Daley” is releasing if full-length debut. He is a soul/R&B singer-songwriter from Manchester and his new single features “The Songstress” Marsha Ambrosius.

Hurray for the Riff Raff – Small Town Heroes (pictured)
Arguably more American than dunking your apple pie in a glass of Mountain Dew, the sound of Alynda Lee Segarra’s fronted project took her from the hardcore shows of NYC to the regions of New Orleans where bluegrass and jazz thrive. The result is a youthful folk ensemble that offers a kick.

Cibo Matto – Hotel Valentine
It’s hard to put your finger on one genre when listening to Cibo Matto but isn’t that half the fun? The female duo have a stellar catalog of entertaining songs and a stage presence that shines. Matt certainly enjoyed the Cibo Matto show at Spaceland Ballroom and if you’re lucky, you’ll be catching their sold out New York performance at (le) poisson rouge on (appropriately) Valentine’s Day. An older track titled “Beef Jerky” is found in the playlist below.

Eric Church – The Outsiders
Ever since a chance encounter over a home-cooked meal at Levon Helm’s house (really!) I’ve kept my eye on this country music heartthrob’s transition from down-to-earth country boy to rocking arenas across the globe. This is his 5th studio album.

Fanfarlo – Let’s Go Extinct
For fans of Freelance Whales and Ra Ra Riot, this UK band is releasing their follow-up to the strong Rooms Filled with Light. “Landlocked” is incredibly catchy fusion of all of our favorite bands and we can expect the same for the rest of the album.

Cheatahs – Cheatahs
Sometimes it just takes an outgoing personality and something as random as a love for Seinfeld to create something wonderful. That’s how things clicked for guitarist James Wignall and Cheatah’s frontman Nathan Hewitt. This self-titled includes some tracks from their EPs and a few new ones added into the mix.