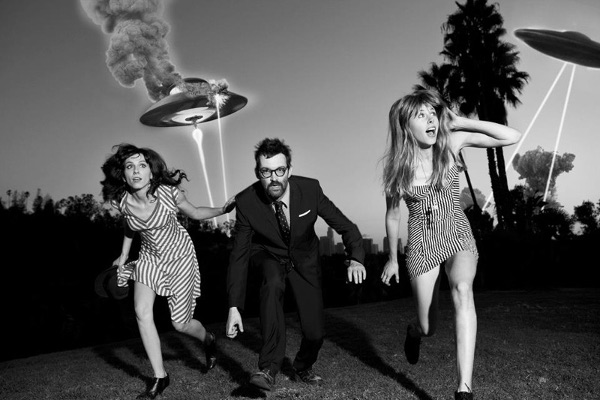 Give those Record Store Day albums a well-deserved rest…

Augustana – Life Imitating Life
A roots rock band that is not only still thriving but also doing exceptionally well on the charts? Augustana is a CA-based band who has done exceptionally well world-wide and is a favorite in the states. Augustana headlines Irving Plaza with special guest Twin Forks on May 16. Long Islanders have a chance to see Augustana perform an intimate in-store event at Looney Tunes record store the day before.

Wood Ear – Electric Alone EP
We tend to focus on the full-length albums but once in a while an EP strikes our attention. This week, we have one from Wood Ear, a project out of North Carolina. It’s raw, gritty folksy rock and gives us goosebumps. Stay tuned from more of Wood Ear.

The Menzingers – Rented World
Scranton, PA’s The Menzingers is a punk band that came out of the great scene of that city in the early 2000’s. The quartet are hard-working, catchy and have been praised heavily by their current record label, Epitaph Records. “In Remission” is a single that will make Rented World a must-have. The Menzingers headline Webster Hall on Friday, May 30.

Eels – The Cautionary Tales of Mark Oliver Everett (pictured)
What do two of the Shrek sequels and the first Scream sequel have in common? Their soundtracks. Eels is an alternative lo-fi rock band that has appeared on many famous soundtracks and has remained popular throughout the years. The band is fronted by simply “E” (Mark Oliver Everett) and the album appropriately is entitled after him. They play the historic Apollo Theater in June.

Hot Victory – Hot Victory
Noise-rock that meets new orchestral frontiers, Hot Victory is a Portland, OR duo heavy on the electronics, percussion and programming. The group opens for Floor at Saint Vitus in Brooklyn on Monday, May 5.

Kelis – Food
Harlem-born and raised, Kelis has pushed the envelope on neo-soul, hip-hop and R&B while pushing the envelope on our hunger pangs. Tasty brought us the delectable “Milkshake” and we’re hoping a chef creates a 13 course meal based on Food. (which includes tracks like “Cobbler,” “Jerk Ribs” and “Friday Fish Fry”. Kelis plays close-by Webster Hall on Friday, June 13.

TEEN – The Way and Color
Indie electro-pop band TEEN are signed to Carpark Records which also features Cloud Nothings, Dan Deacon and Toro Y Moi. They fit in quite comfortably among these bands while paving a unique path that is sure to set themselves apart. Recommended for fans of Dirty Projectors. Their record release show is on May 22 at Baby’s All Right and includes ticket/album bundles.

Tourist – Patterns
Electro-pop producer Tourist is a UK project that applies the best of Clams Casino, Jamie xx and even Zedd and puts it together into a very cool, hip set of tracks. Tourist is playing Governor’s Ball on Friday. (which also has La Roux, Grimes and of course Outkast)

Keb’ Mo’ – Bluesamericana
With the New Orleans Jazz & Heritage Festival kicking off this weekend and a stellar but not-so-jazz lineup announcement (Christina Aguilara, Arcade Fire, Trey Songz, etc.) it is very refreshing to see artists like Keb’ Mo’ on the list. The Nashville resident by way of Compton fuses blues, rock, jazz and pop – a true embodiment of the early-American sound.

Heterotic – Weird Drift
Ambient electronic project Heterotic is a duo consisting of Lara Rix-Martin and Michael Paradinas. The duo are from the UK and combine the best of Justin Vernon and Phantogram while sounding completely unique.

Death – Death III
Let’s head from the city’s capital to Motor City and travel back to a time where The Ramones were kings. Death was a protopunk band being created out of a house by three brothers. A lengthy hiatus later, Death is still on top of the game. Death III is their third album of songs recorded during a simpler time.

Thee Oh Sees – Drop
Psychedelic rock has been around for decades and while the sub-genre has evolved throughout the years, Thee Oh Sees have made a household name for themselves and have been critically acclaimed. This is definitely a great album for those wanting to discover the next new thing.

Black Prairie – Fortune
The Decemberists reunited briefly during Colin Meloy’s set at Newport Folk Festival last year and will do so again at Boston Calling. But that isn’t stopping Black Prairie, the project that blossomed during The Decemberists’ downtime, from releasing Fortune. Their discography has done quite well on the Billboard Bluegrass charts, peaking as high as #4 on several albums.

Neon Trees – Pop Psychology
Alt-rock band Neon Trees are destined to be the hit of the summer…again. Pop Psychology is the group’s third studio album and they will be supporting it with a tour that takes them through Central Park Summerstage and The Dome at Oakdale Theatre.