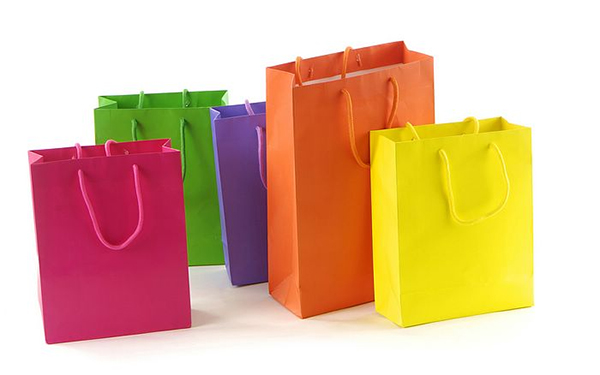 Are you behind on Holiday shopping? Did you justifiably avoid the malls on “Black Friday” only to kick yourself later for not doing so? There are millions of others nationwide just like you – unsure of what gifts to get their loved ones.

Luckily, there have been a lot of  excellent album releases this past year. While you may be on the up and up with this year’s music, it doesn’t mean that everyone you know does. This is the perfect guide to finding the perfect 2014 release for every type of music fan on your shopping list.

Get them: Tom Petty & The Heartbreakers – Hypnotic Eye

Why?: In addition to being their first album in four years, it debuted at #1 on the Billboard 200. (the first Tom Petty & The Heartbreakers album to do so) In my personal opinion, it is also their strongest release since 1999’s Echo.

Why?: Following the whirlwind momentum of 2012’s David Byrne’s collaborative LP Love This Giant, St. Vincent’s self-titled album is on practically every major magazine’s Top Album Lists and can essentially be used to single-handedly sum up music in 2014.

Get them: Hurray for the Riff Raff – Small Town Heroes

Why?: Obviously it sits on NPR Music’s “25 Favorite Albums of 2014 (so far)” but it is its classic Americana composition that stands out among other releases with more modern inspirations.

Get them: Sam Smith – In The Lonely Hour

Why?: There always seems to be a performer known for their sultry vocals that gets slipped between Usher and Pitbull songs. Sam Smith’s In The Lonely Hour brought classically-trained vocals to the pop genre – just as Adele had done three years ago.

Get them: Porter Robinson – Worlds

Why?: Electronic music is one of the fastest growing genres and home to one of the most unique spectrum of how the music should sound and how it should be performed. Porter Robinson effortlessly fuses and embraces more electronic sub-genres while some of his peers have failed in the venture. Worlds is a shining beacon of an example.

Get them: Pallbearer – Foundations of Burden

Why?: Pallbearer was acknowledged by Pitchfork back in 2012 for their debut album Sorrow and Extinction. (it received the #1 nod) This year, metal-centric magazine Decibel has crowned Foundations of Burden their album of the year. We would agree and wish we could see more metal bands taking on lengthier tracks not meant for the faint of heart.

Honorable Mentions: Eyehategod – Eyehategod ; Mastodon – One More ‘Round The Sun

Get them: The War on Drugs – Lost in the Dream

Why?: It’s that time of year where blogs and websites start posting their retrospective albums lists. The War on Drugs’s 2014 release has placed rather well on many of these, including at the #1 spot on Spin Magazine’s list.

Get them: Jack White – Lazaretto

Why?: Jack White was at the helm of some of rock’s biggest musical projects, including The White Stripes and The Dead Weather. So it should come to no surprise that Jack White as a solo artist would be equally commendable. Lazaretto puts everything in Jack’s control: not only did he produce the album himself but he released it from his record label, Third Man Records. This album has the familiar fusion of garage rock and blues rock we can find throughout White’s lengthy discography.

Get them: Future Islands – Singles

Why?: As “The Blog-o-holic” would tell you, Future Islands were everywhere this year. Singles is the band’s only release to see time on the charts and  they seemed to perform on every late night show you can think of. David Letterman’s enthusiastic response is exactly what we’re all feeling.

Get them: Run The Jewels – RTJ2

Why?: Take one excellent representation of rising hip-hop talent from two of the East Coast’s rap music capitals, (NYC and ATL) have them write/perform together and you have Run The Jewels. El-P and Killer Mike’s sophomore release holds its own in a very difficult year for hip-hop. (I mean, how do you follow Yeezus?)

Why?: Considering its release late in the year, 1989 is only one of four albums released this year to be certified Platinum by the RIAA. (one of the remaining three is an Honorable Mention below) She is an unstoppable tour de force and this album proves her staying power as a pop star.

Honorable Mentions: Kiesza – Sound of a Woman ; Ariana Grande – My Everything